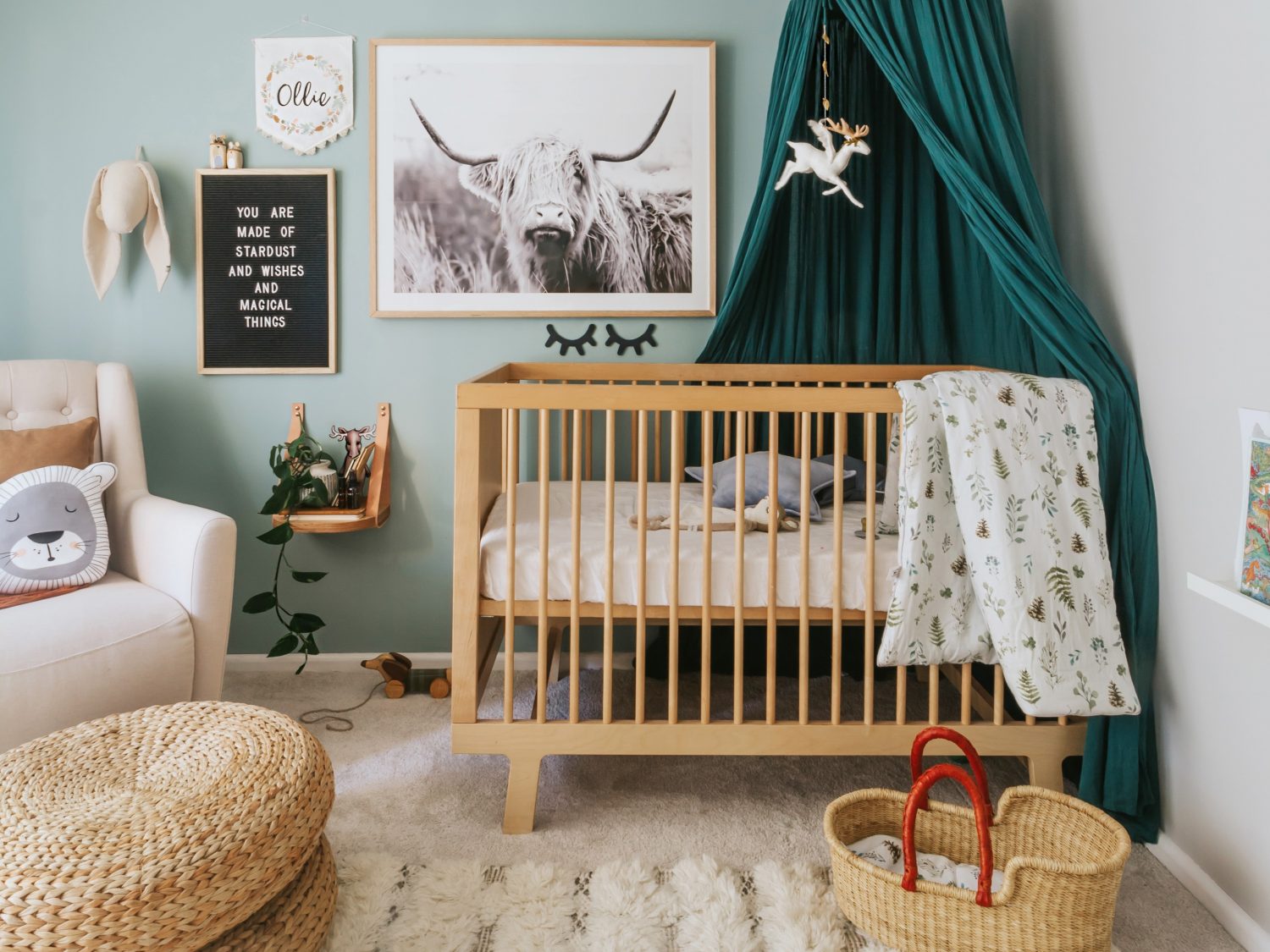 Raffaela Jenkins, Stylist and blogger at Indi + Bear, is mother to Indi, two, and Ollie, six months. The gorgeous mama-of-two was kind enough to let us into her home and show us around her children’s room. And boy are they the most beautiful spaces. Be warned: Some serious kids’ interior envy may ensue! 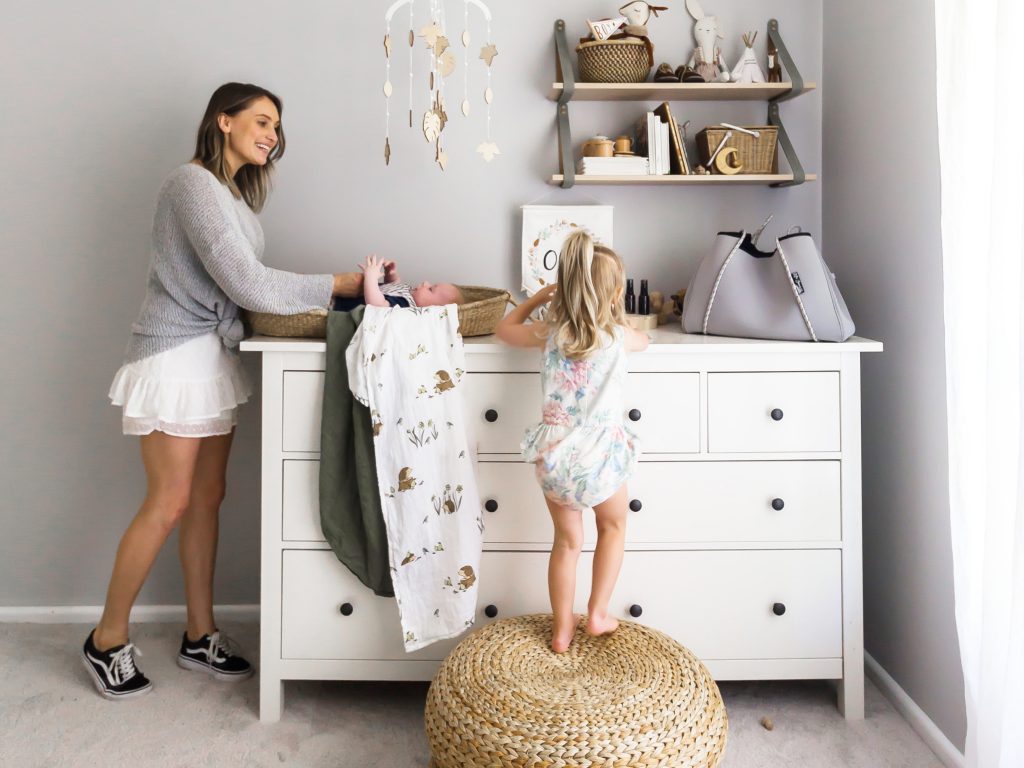 Raffaela at home with her little ones, Indi, two, and Ollie, six months. Image: Supplied.

What does a typical day at home with your little ones look like?

“Indi loves the outdoors so we try to get out at least once day to enjoy some fresh air and explore. However, on those rainy days we stay indoors and keep ourselves occupied with toys, including Indi’s dollhouse, books, or at times, watching one of Indi’s favourite movies – she has a few. 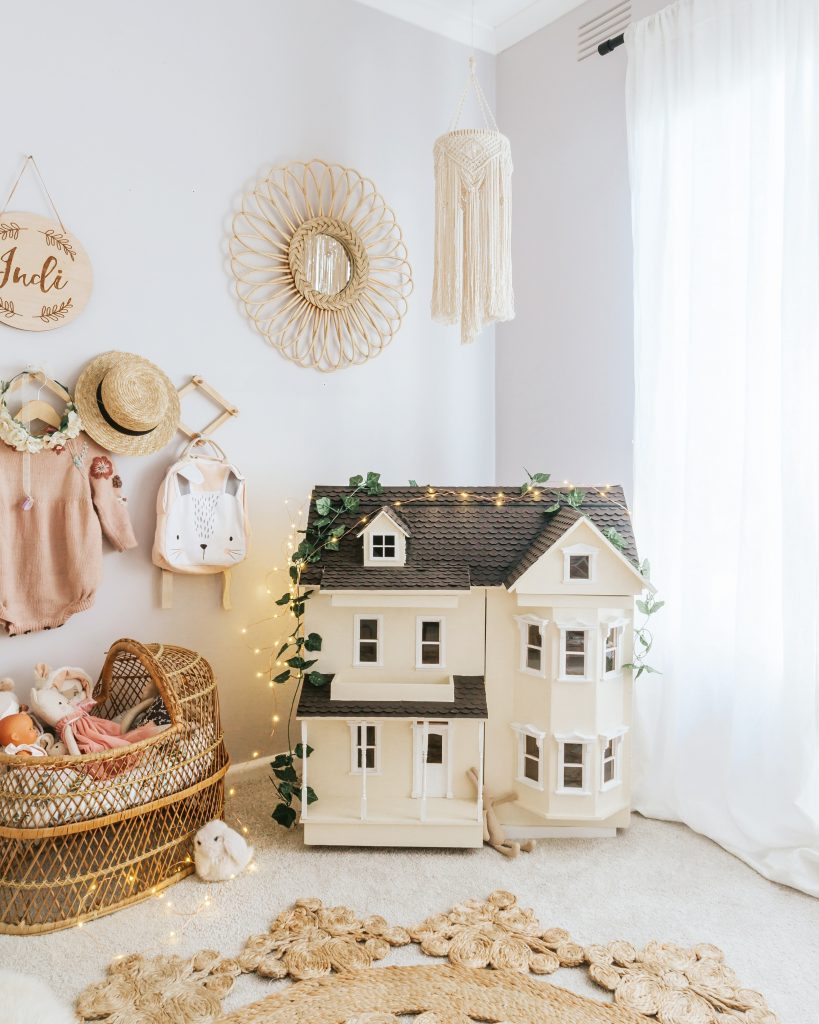 Indi loves playing with her dollhouse – this corner of her room is so magical, it’s not hard to see why. Image: Supplied.

“My favourite thing to do with Indi and Ollie is to just have fun with them! Having Ollie, I have truly been able to see how quick time passes. Even looking through photos of Indi when she was a little baby, I have learnt that it’s ok to leave the house chores some days and really soak up as much moments as I can with them both.” 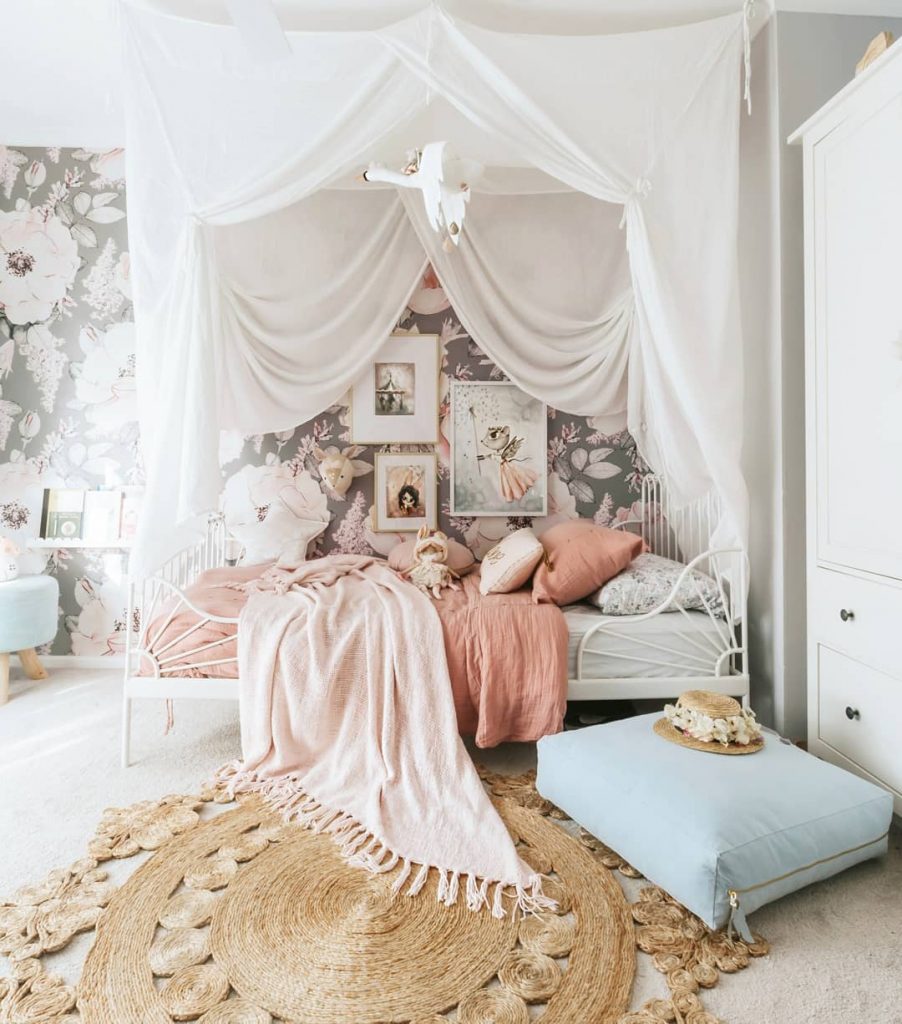 What a magical spot to read books each night. Image: Supplied.

Tell us about your children’s rooms and what you’ve tried to create?

“I’ve created a whimsical space for Indi and a chilled-out Scandi/boho space for Ollie.

“For both of their rooms, I have tried to create spaces that they love to be in, and would happily spend downtime in.

“Every night we read books in Indi’s room before bed and it’s such a relaxing place to be under her bed-drape with her twinkly fairy lights on. 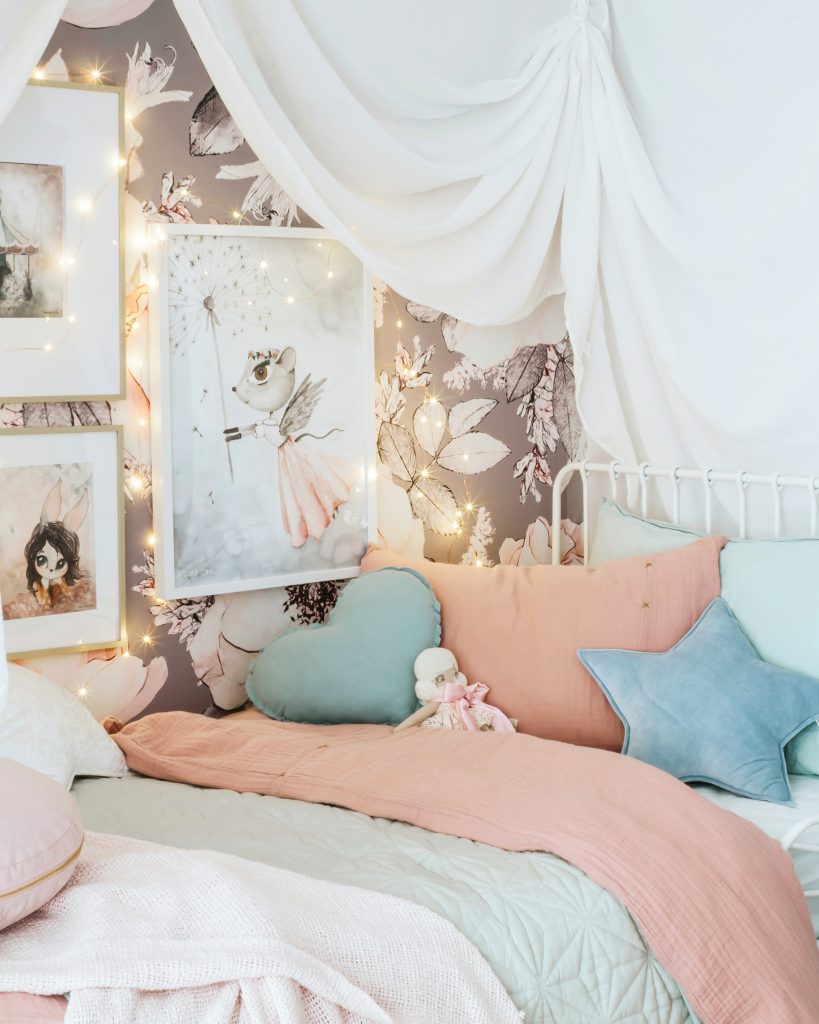 You can see why this wallpaper is one of Raffaela’s favourite things about Indi’s bedroom. Image: Supplied.

“My favourite features of their rooms would have to be Indi’s beautiful wallpaper and bed-drape. And for Ollie, his feature-wall colour and artwork above his cot.” 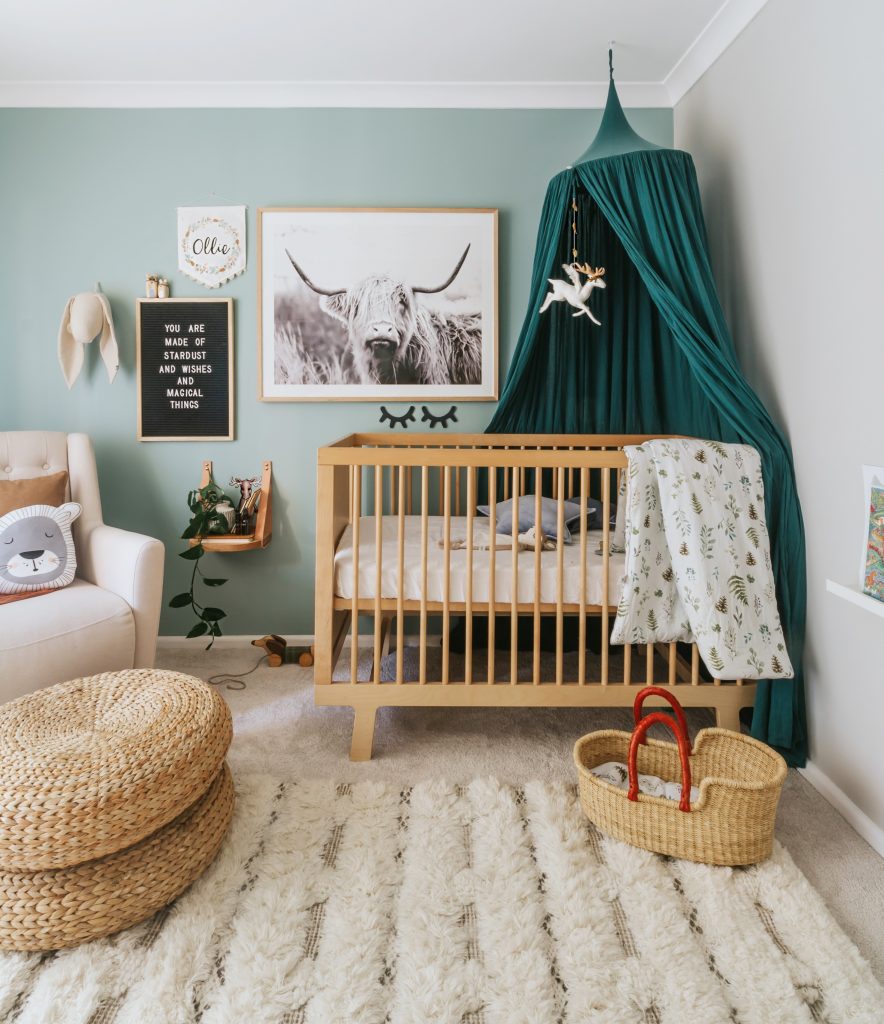 A dreamy colour palette that will last for years to come. Image: Supplied.

What are your words of wisdom on mama-hood?

“I never knew what tired was before I had kids, but then again I never knew a love like this existed, either. 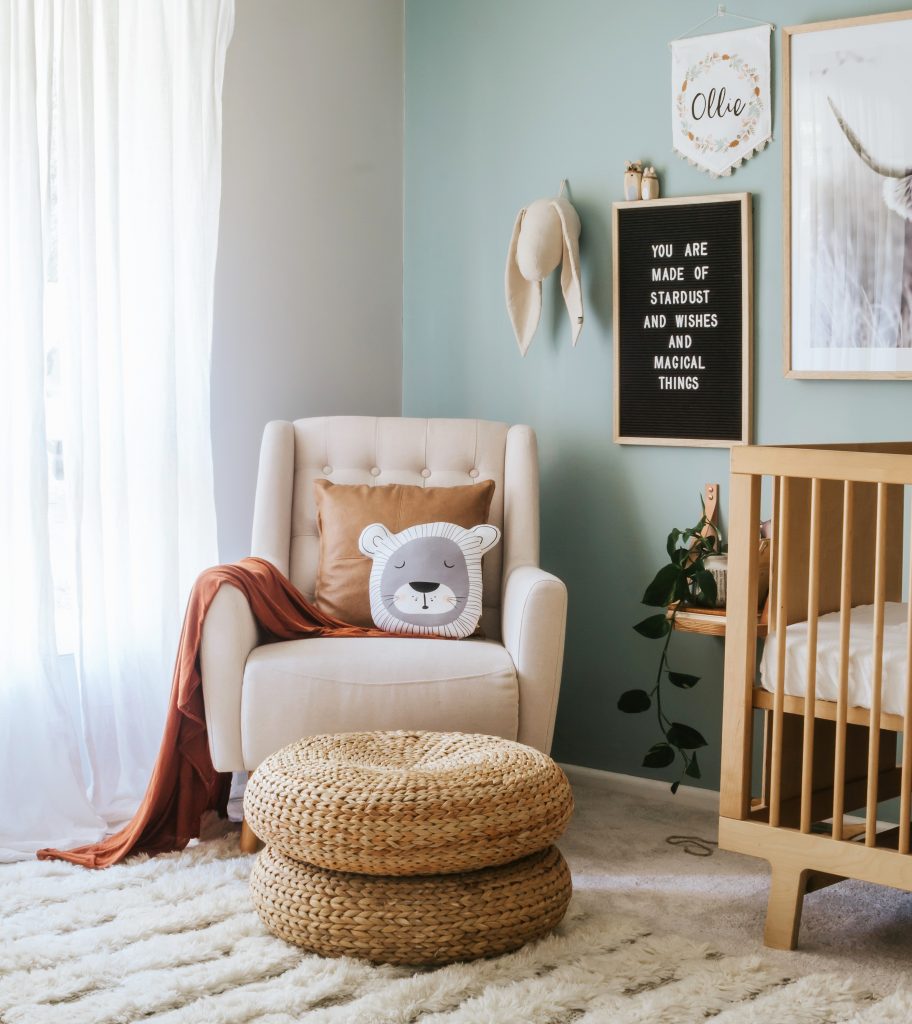 Each detail in Ollie’s room is divine but we particularly like the artwork that reads, “You are made of stardust and wishes and magical things.” Image: Supplied.

“It can be rough some days; these days test us beyond measure, but most days it’s incredible to watch the little person grow. “So take a ton of photos, join in on your children’s fun, kiss and hug them as much as possible,
savour moments and create memories because time goes by far too fast!” You might also like HABITAT: 5 steps to create a chic nursery for sleep success, HABITAT: 7 ways to create a cool kids’ room, and INTERIORS: Turn your home into a winter sanctuary. 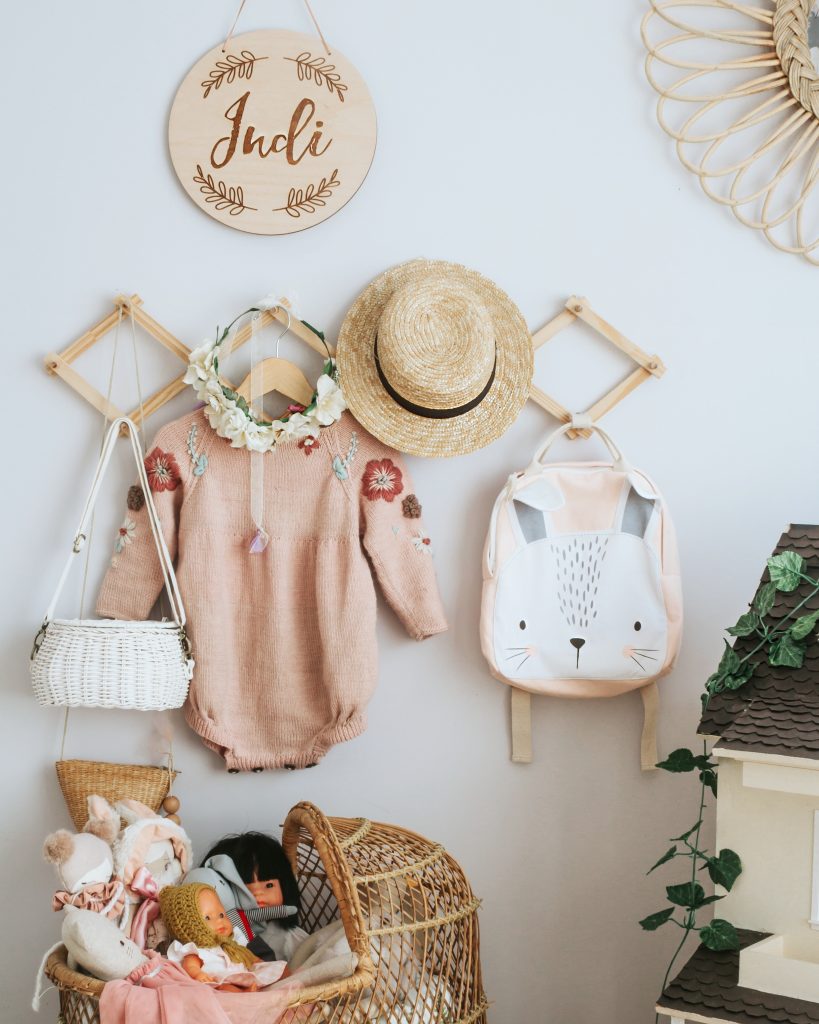 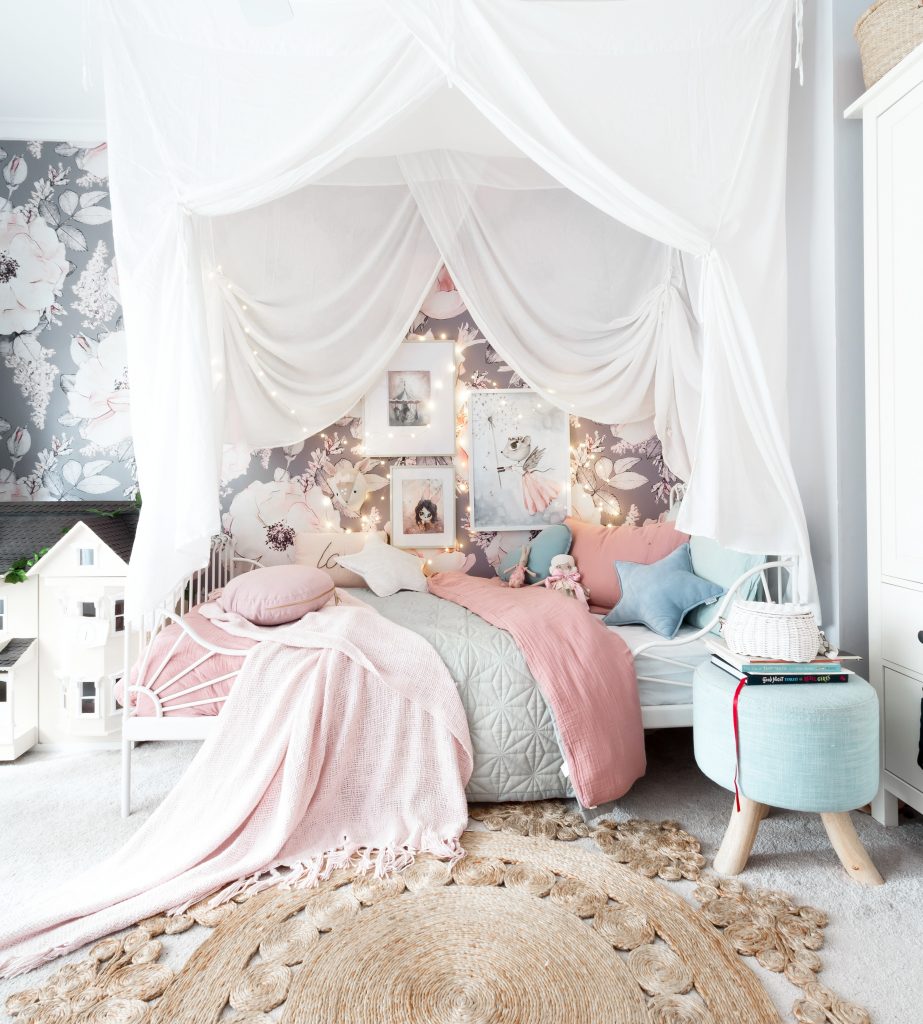 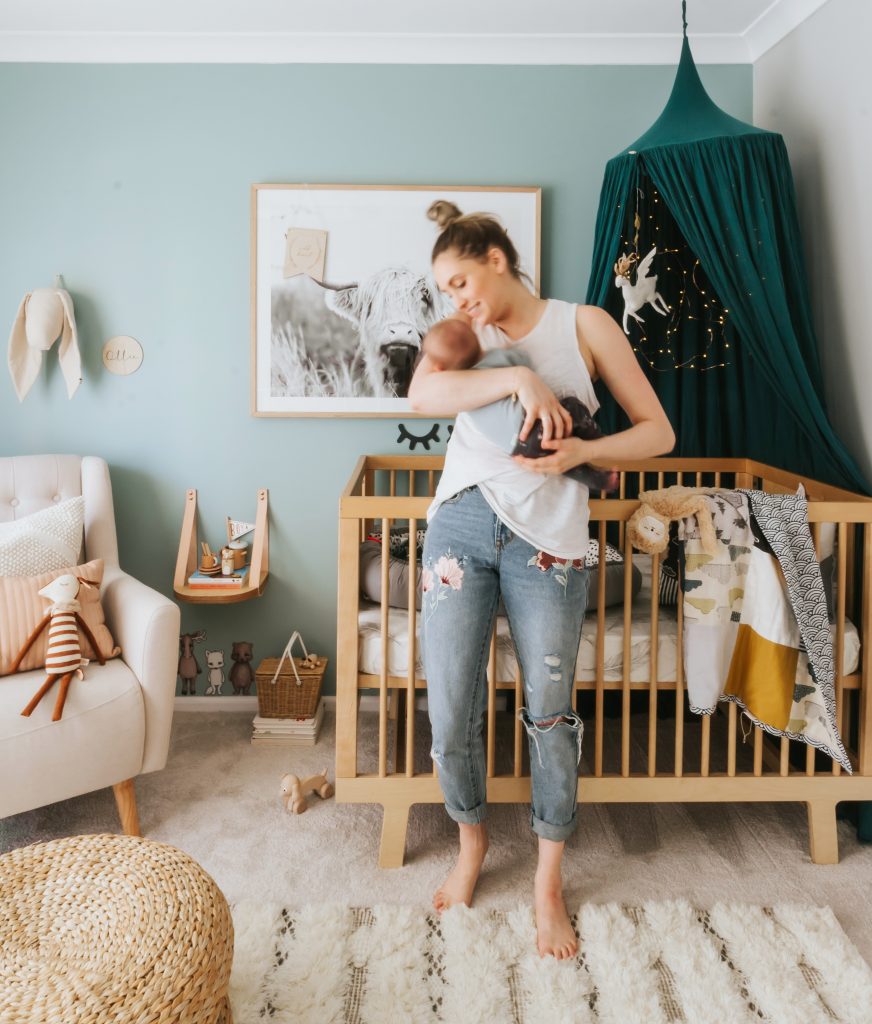 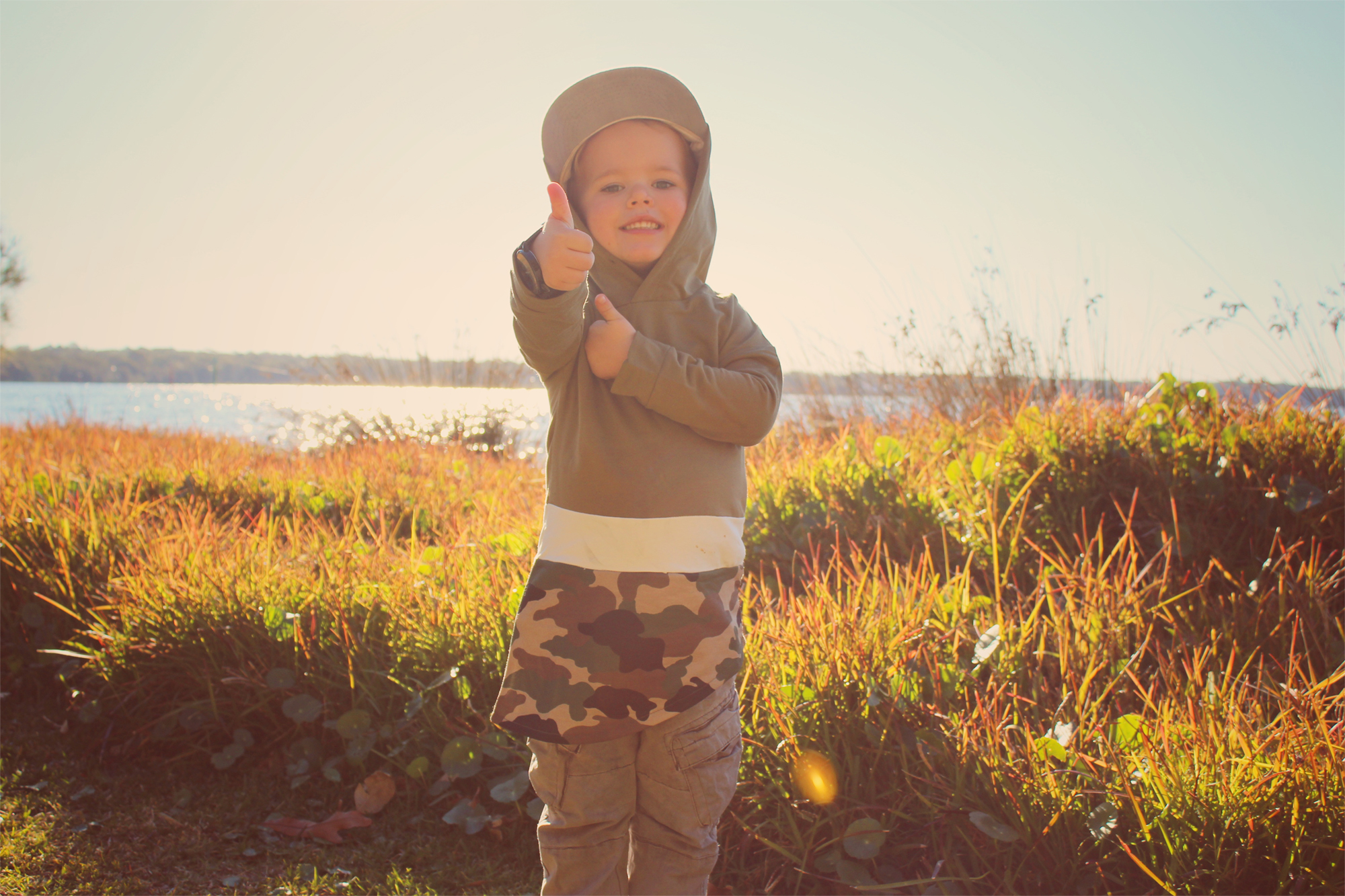 10 Ways To Update Your Bambino’s Wardrobe This Season 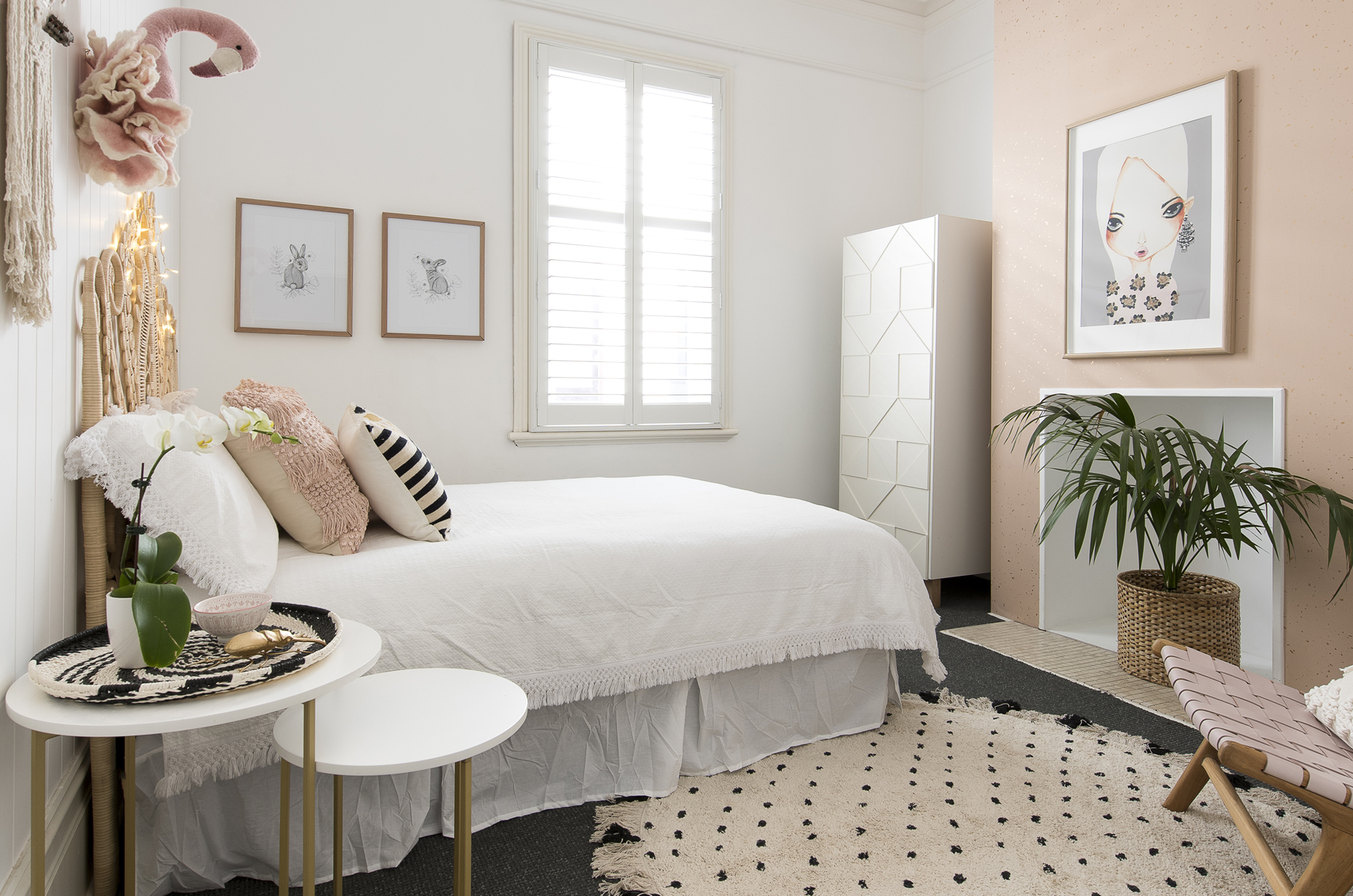