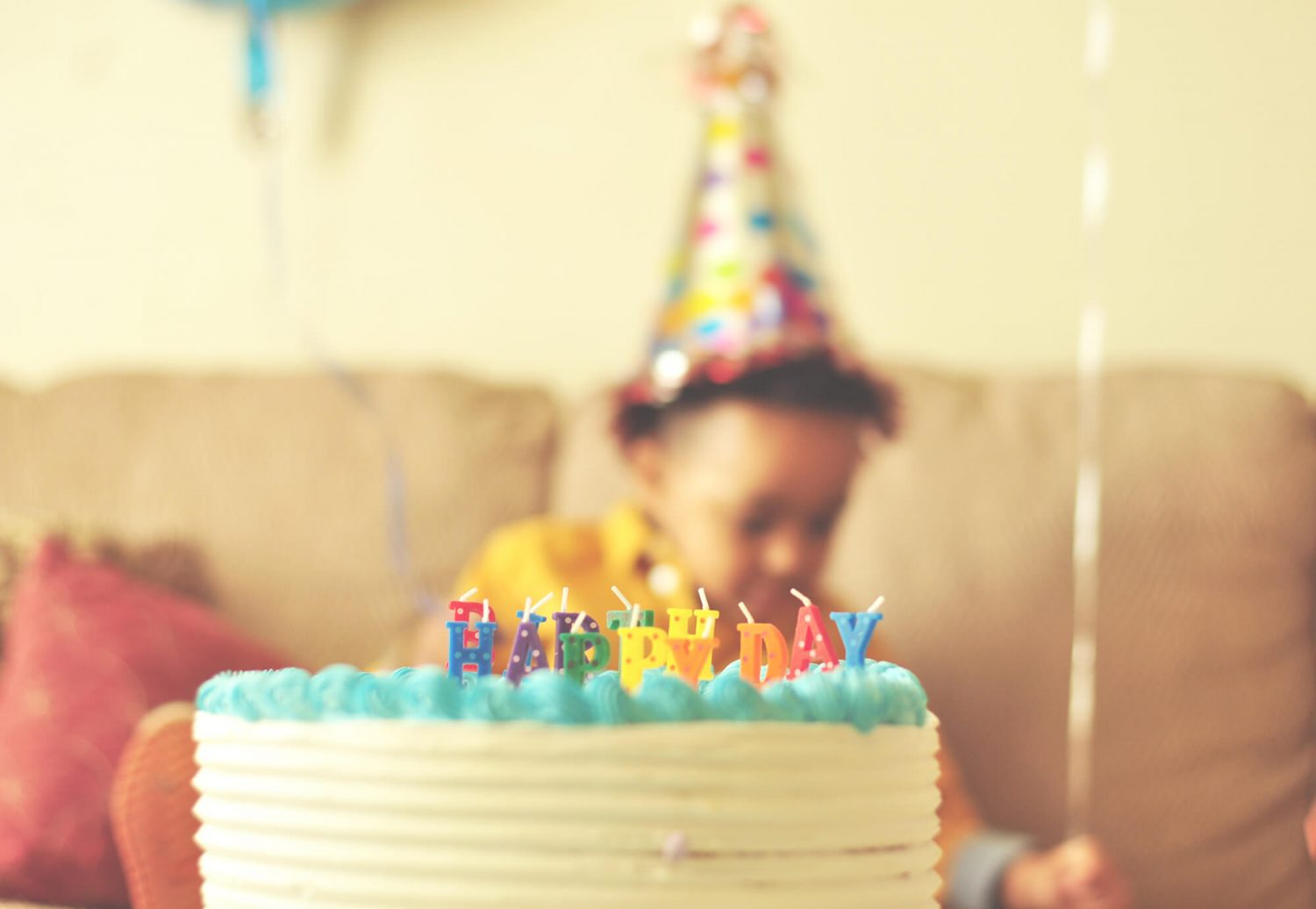 There comes a time in every woman’s life, when invites flooding your inbox are no longer for R ‘n’ B Friday night parties, instead they’re for Sunday afternoon kids’ parties.

Scrolling through the ‘gram and you’ll see that birthday bashes have changed over the years – pass the parcel, limbo, dunking for apples, bowls of Cheezels and plates of fairy bread have been replaced by custom cakes, professional entertainers, catering companies and expensive gifts. But NO ONE knows your child’s imagination better than you do, or what day will give them the most excitement (short of hiring The Wiggles and Sam Mac to perform Half Man, Half Cat!).

So let’s kick it old school and throw a party DIY-style… they’ll LOVE it. Alexis Teasdale, founder of The Festive Co. and mum to three gorge bebes, gave us some handy tips for the next time you find yourself planning a kids’ party. 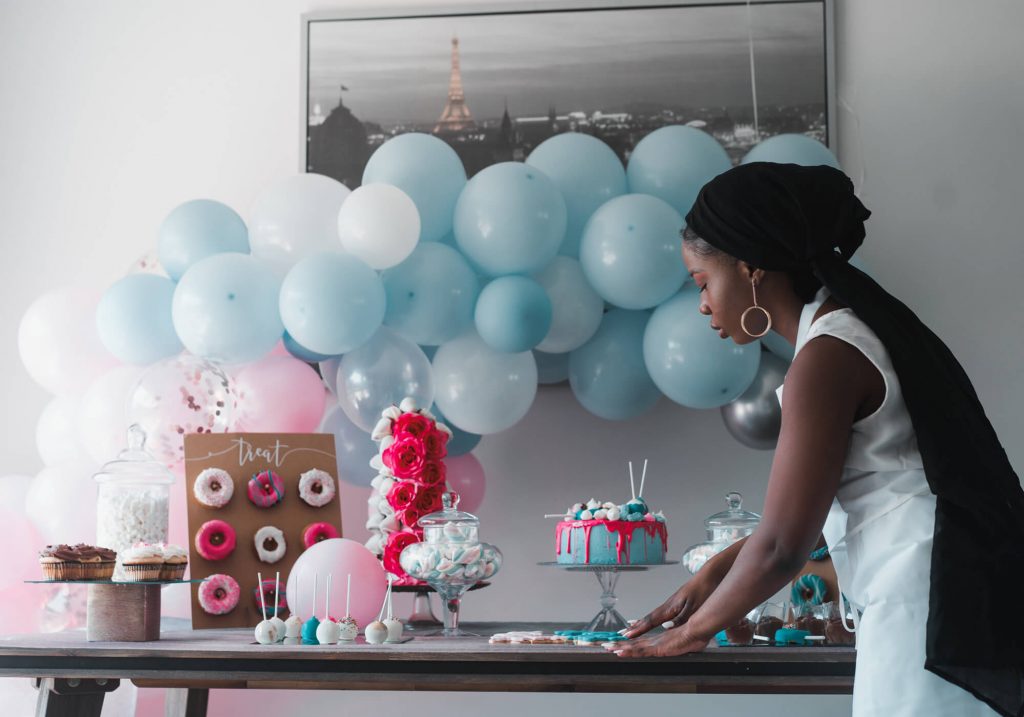 1 // INSPO CAN COME TO YOU FROM ANYWHERE

Jot down ideas as they come to you (the Notes app on your phone is handy). Sometimes something completely unrelated will give you an idea that would be uber fun in party form! It doesn’t matter if it has already been done before, everyone has their own unique take and spin on things. Don’t be afraid to be creative!

It’s not always the big, flashy things that capture kids’ hearts and imaginations. Sometimes it’s about really tapping into what the kids of that age group are into at the time. One of the best tips (especially for bigger kids) is to ask them what are some really fun and special things you could include on the day. The answers may surprise you!! All the kids at school might be totes into trading footy cards, which would make their party bag ultra-cool. There’s no point planning a T-rex dinosaur themed party when they really want a James Bond spy themed do. There’s nothing better than a classic old-school theme that you can take in any direction. A space theme could go from painting moon rocks and making cardboard rocket ships to a starry galaxy party, full of glitter and sparkle. A garden party could lend itself to planting seeds in little pots, colouring in or painting garden gnomes and lots of digging for veggie treasures, or it could be a totally sweet high tea full of flowers and fairies! Speaking of
treasures, hiding toys or dolls in jelly or sand can be great, albeit messy fun for little ones up to three. Teens might like a blue light disco-style party with an epic playlist and non-alcoholic slushies. Hair and make-up stations are also fun for teenage girls, whereas teen boys might prefer a band theme with drums, guitars and other instruments.

For smaller kids, try setting up stations instead of having too many structured games. When they’re little it’s hard to get them all to sit still long enough to play anything complicated. So instead, have a handful of things for them to do, either with or without their parents. For bigger kids, some popular games can be something involving maps and clues to win prizes. Besides kids being obsessed with competing to win sh*t at this age, the other bonus is they also take a while to do, so they can burn some energy (read: parents have time to have a sneaky coffee or wine!) You can never go past the classics too, like egg and spoon races, eating doughnuts from a clothesline without using their hands, musical statues and piñatas. Beware of the beloved pass-the-parcel if you have loads of kids. It can be stressful making sure every kid has had their go and you’ll need a music assistant too. 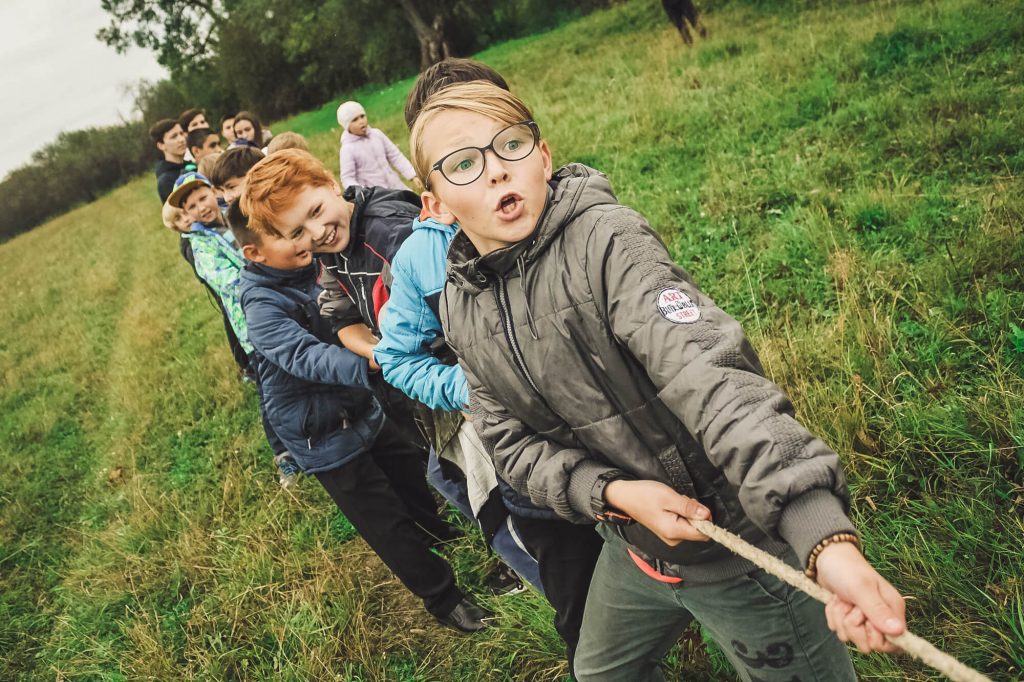 It’s great to include some things that match the theme. They can be really specific like seeds and a shovel for a garden theme, or shells and bubbles for under-the-sea. Don’t underestimate the simple crowd pleasers like stickers and playdough, PLUS lollies. If you really want to avoid sugar, look for a cool way to include sugar-free cookies in shapes or something that still feels like a treat.

This all depends on how big the party will be! If it’s a whopper with loads of kids, for example the whole class, start the planning early. That way you can order things online and you won’t have to rush around finding decorations at the last minute. Start with a theme, then make sure the venue, cake, food and decorations are all sorted. Next, work out the games and goodie bags, including what music you will play to keep the vibe going. If it’s just a small get-together, a couple of weeks is enough time to pull together fun bits and bobs and plan your cake and some games. When in doubt, don’t make it complicated. Choose a colour or pattern and head to your local Kmart or Spotlight. They’ll have everything you need to pull a party together fast! 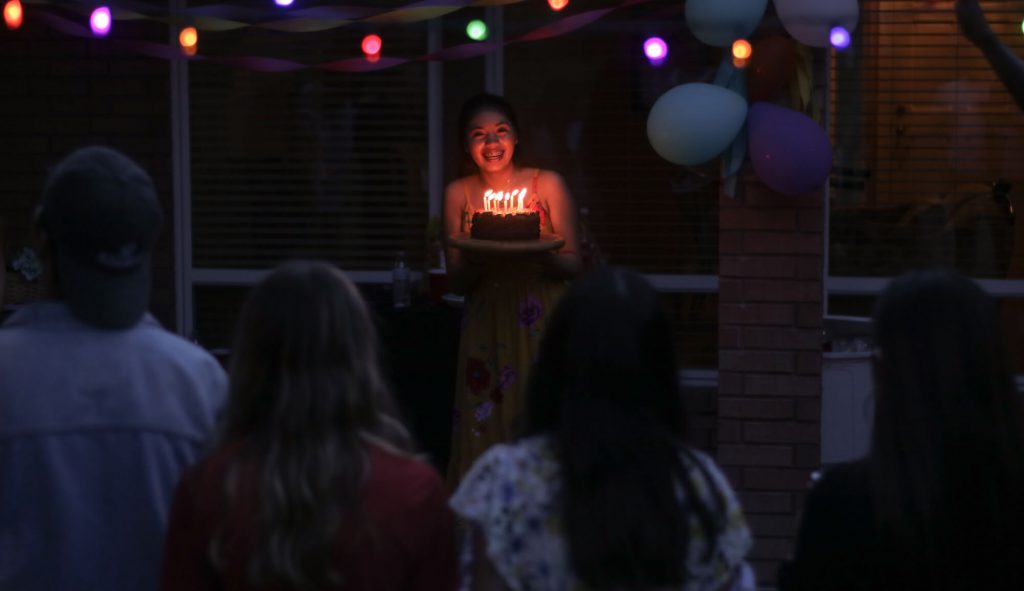 Once you have a theme (even if it’s as simple as ‘rainbow’ or ‘cars’) hop onto Pinterest for some ideas. There’s always cheap DIYs and hacks on there. Everyone’s budget is different – you may find outsourcing entertainment at home works out cheaper than going to a party venue or vice-versa. One of the best ways to save money is to ask for help! Friends and family will often love to contribute, so ask any domestic friends to help with some baking. Have an artistic friend who would be great at face painting? Ask them to lend a hand. A beauty therapist or hairstylist? What about colourful manicures or different braids with hair chalk? Kids’ parties can be loads of fun, without costing a fortune!

The most important thing to factor in is size. Too small and you run the risk of kids going crazy! Ideally, try to have some indoor and outdoor space to cover all weather situations. If you can’t find the right space, look at party venues that have a per-head cost for entertainment. They often include a party room too. Bambino’s Room Due for a Makeover? Here are 5 Things you Need to Know 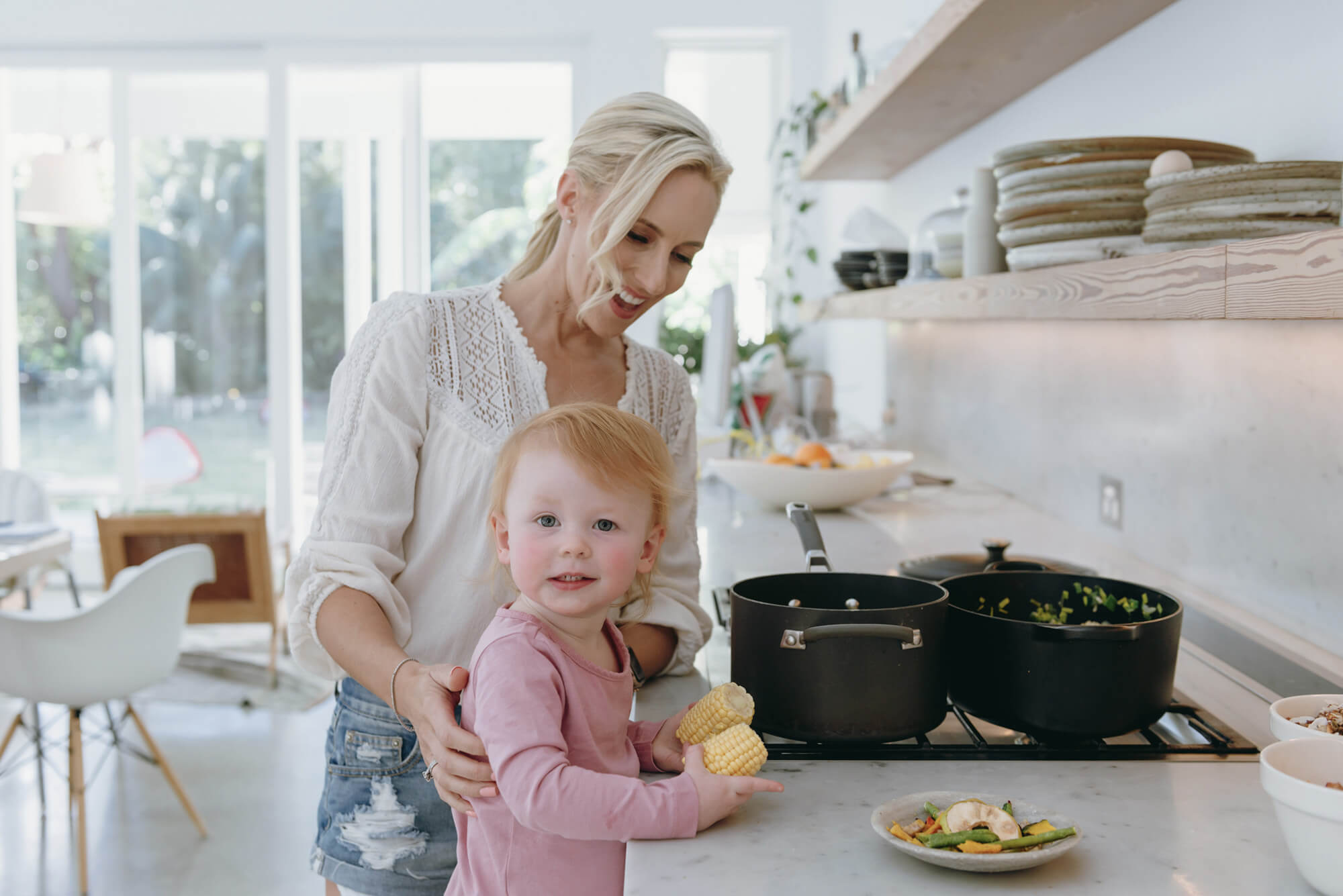 How to Make Dinnertime Healthy and Harmonious (Yeah Right!) 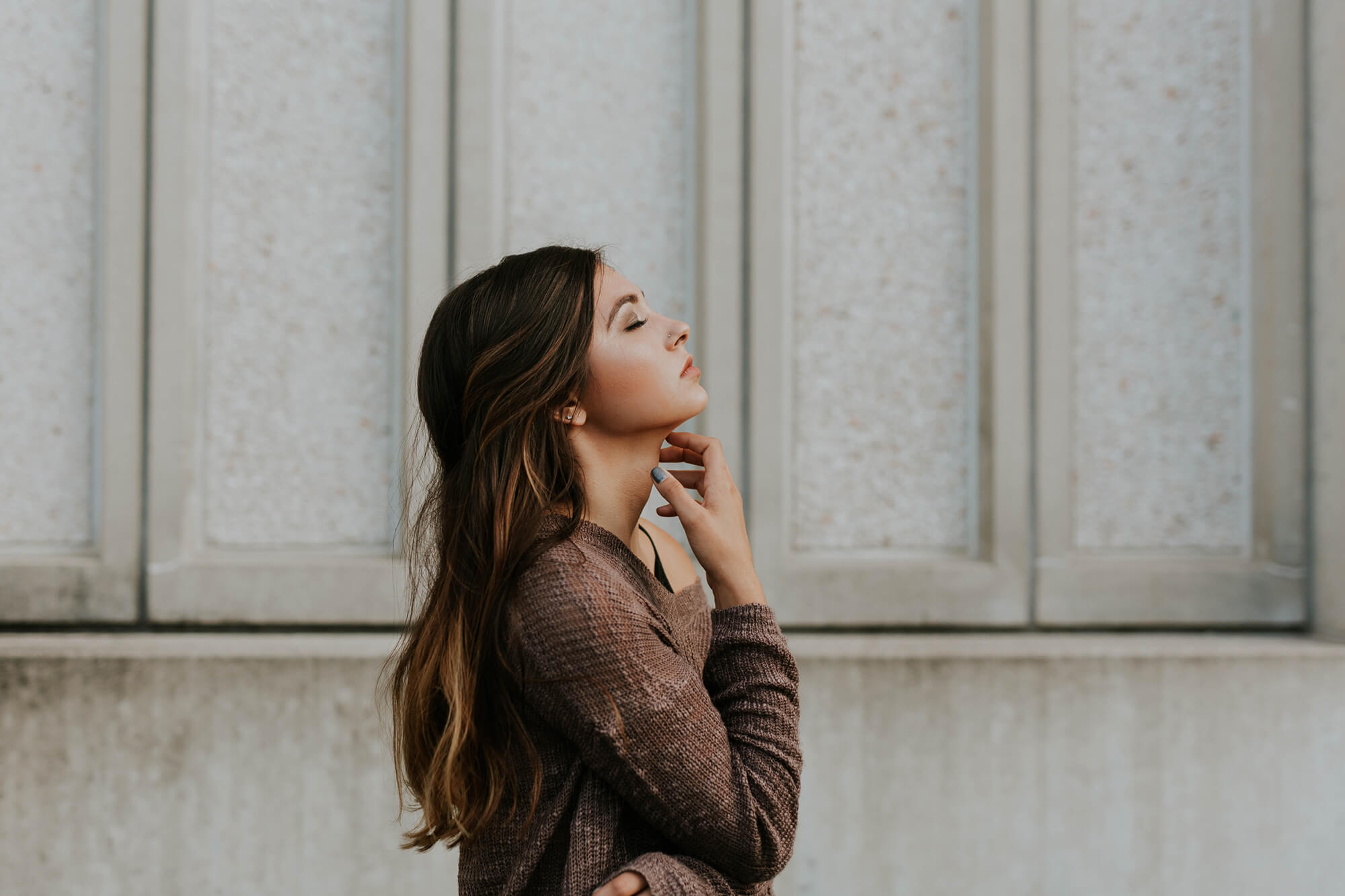