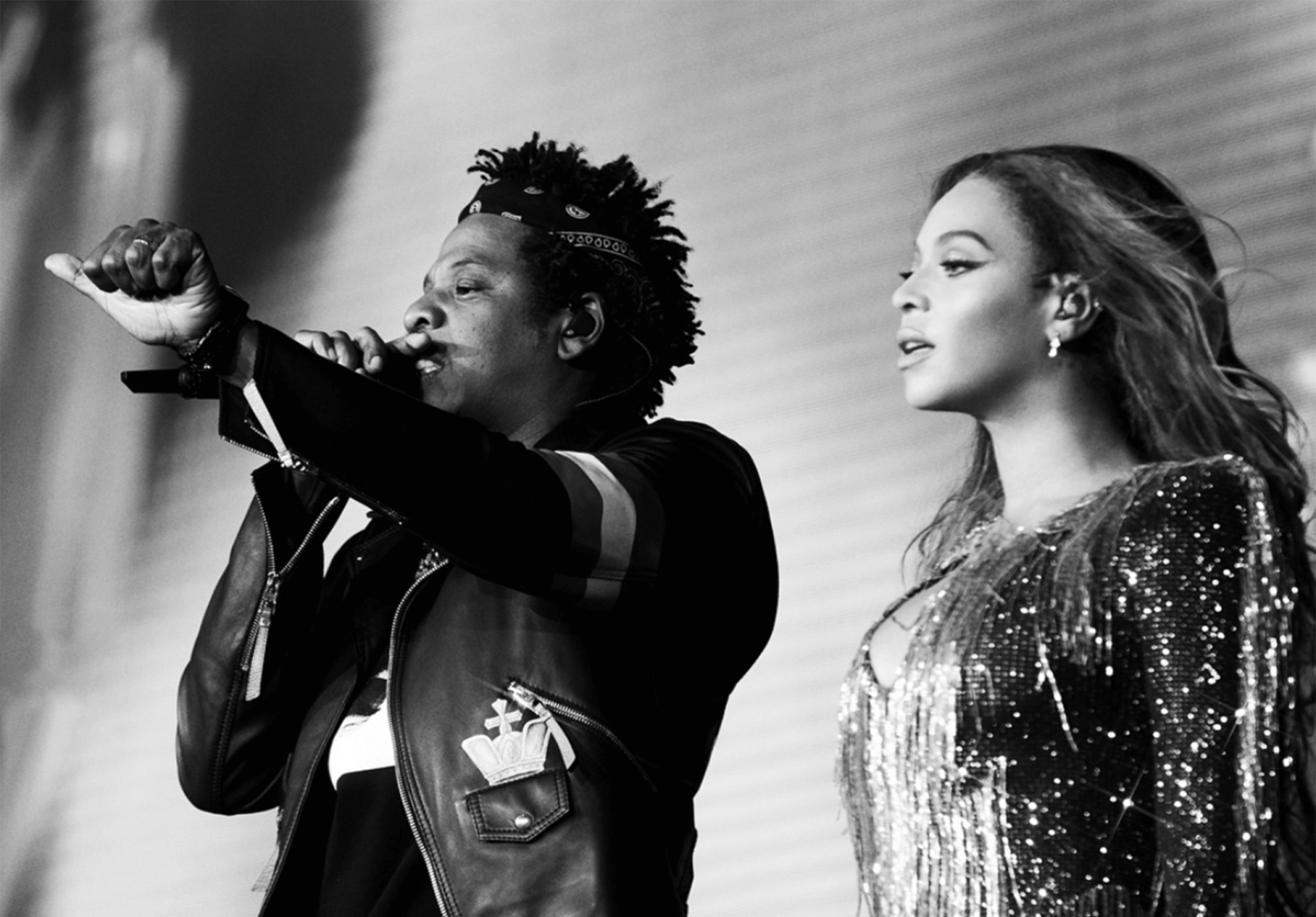 When Beyoncé talks, people listen. When she Instagrams, the whole damn internet loses its mind. Case in point: her announcement in February 2017 of her twin pregnancy amassed a whopping 11 million ‘likes’ in a number of hours. The image of the Lemonade singer seated in a bed of flowers in front of a colourful, floral wreath and cradling her bare stomach was named the most liked Instagram post of 2017. Such is the power of the most successful and influential woman in music.

It’s a good thing for women (and men) everywhere then, that the Queen of Pop is using her influence to talk openly about her experience of motherhood, and smashing to smithereens the notion that celebrities somehow do pregnancy, childbirth and mamahood differently to the rest of us.

“After the birth of my first child [Blue Ivy in January 2012], I believed in the things society said about how my body should look,” she said. “I put pressure on myself to lose all the baby weight in three months, and scheduled a small tour to assure I would do it. Looking back, that was crazy. I was still breastfeeding when I performed the Revel shows in Atlantic City in 2012. After the twins, I approached things very differently.”

When Rumi and Sir were born in June 2017, Queen Bey was swollen from toxemia and had been on bedrest for a month – a tough pill to swallow for the woman who had previously declared that she needed to be busy in order to feel fulfilled. With both Beyoncé and the unborn twins’ health in danger, the 22-time Grammy Award winner was sent for an emergency C-section. “After the C-section, my core felt different,” she said. “It had been major surgery. Some of your organs are shifted temporarily, and in rare cases, removed temporarily during delivery. I am not sure everyone understands that. I needed time to heal, to recover. During my recovery, I gave myself self-love and self-care, and I embraced being curvier. I accepted what my body wanted to be. After six months, I started preparing for Coachella. I became vegan temporarily, gave up coffee, alcohol, and all fruit drinks. But I was patient with myself and enjoyed my fuller curves. My kids and husband did, too.”

While the twins she shares with hubby Jay-Z have hit the year-and- a-half mark, Beyoncé is still in no rush to get her washboard abs back and on display.

“To this day my arms, shoulders, breasts, and thighs are fuller. I have a little mummy pouch, and I’m in no rush to get rid of it. I think it’s real. Whenever I’m ready to get a six-pack, I will go into beast zone and work my ass off until I have it. But right now, my little ‘FUPA’ and I feel like we are meant to be.”

That’s not to suggest that she’s taken her foot off the pedal when it comes to her career, though. A year after the twins arrived, Beyoncé and Jay-Z kicked off the second installation of their On The Run tour, performing everywhere from the UK to Europe, Canada and the United States over four months. 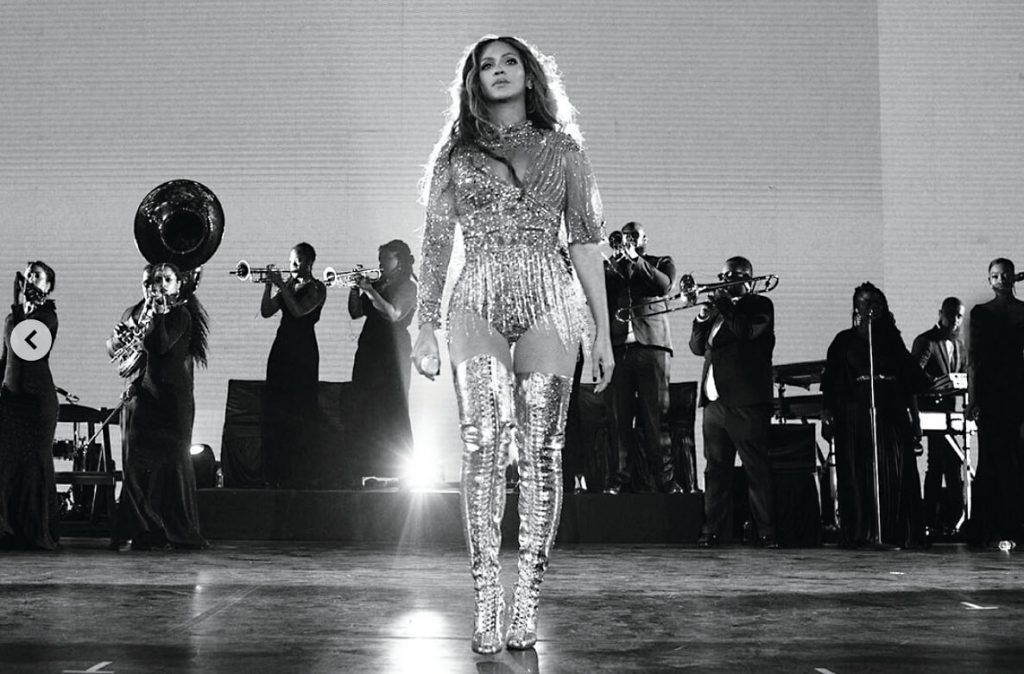 “One of the most memorable moments for me on the On the Run II tour was the Berlin show at Olympiastadion, the site of the 1936 Olympics,” she said. “This is a site that was used to promote the rhetoric of hate, racism, and divisiveness, and it is the place where Jesse Owens won four gold medals, destroying the myth of white supremacy. Less than 90 years later, two black people are performing there to a packed, sold-out stadium. When Jay and I sang our final song, we saw everyone smiling, holding hands, kissing, and full of love. To see such human growth and connection, I live for those moments.”

The tour was the Carters’ response to relentless rumours about the state of their marriage. While it’s a general rite of passage in celebrity-land to send your publicist out with a prepared statement when the divorce rumours come knocking, Beyoncé and Jay-Z have never played by the same rules as their peers. Instead, they release new music that only serves to fan the flames. In his album 4:44, Jay-Z wrote: “Look, I apologise/Often womanise/Took for my child to be born to see through a woman’s eyes.” And for her part, Beyoncé sang about “Becky with the good hair” on Lemonade. And then, after several years of tabloid accusations and salacious allegations, Jay-Z seemed to confirm what fans had long suspected.

So, even with women, you gonna shut down emotionally, so you can’t connect. In my case, like, it’s deep. And then all the things happen from there: infidelity.”
For her part, the experience forced Beyoncé to understand the impact her past had on her relationship. 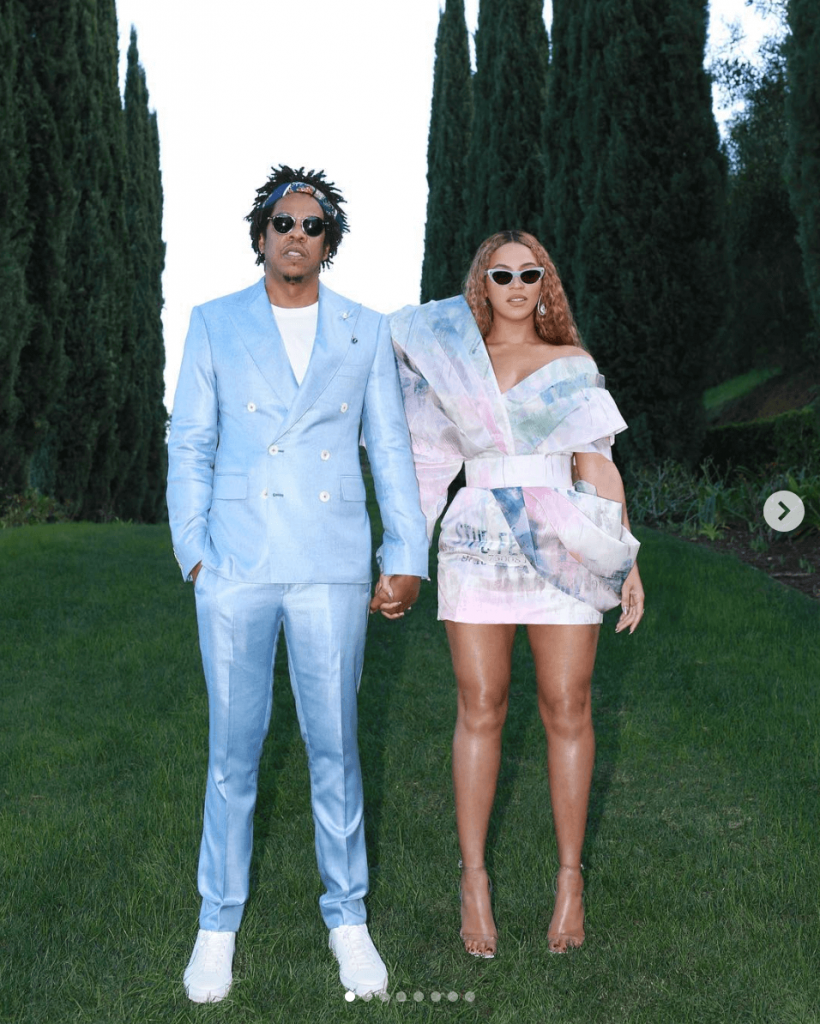 “I come from a lineage of broken male-female relationships, abuse of power, and mistrust,” she said. “Only when I saw that clearly was I able to resolve those conflicts in my own relationship. Connecting to the past and knowing our history makes us both bruised and beautiful. There are many shades on every journey. Nothing is black or white. I’ve been through hell and back, and I’m grateful for every scar. I have experienced betrayals and heartbreaks in many forms. I have had disappointments in business partnerships as well as personal ones, and they have all left me feeling neglected, lost and vulnerable. Through it, I have learned to laugh, cry and grow.”

She may well be the most powerful woman in entertainment, worth a whopping $355 million and with a level of influence that other entertainers could only ever dream of, but if you ask Beyoncé what her most important and most relished role is, she’ll tell you that it’s being the best possible mama to her three kids.

“As the mother of two girls, it’s important to me that they see themselves too – in books, films, and on runways. It’s important to me that they see themselves as CEOs, as bosses, and that they know they can write the script for their own lives – that they can speak their minds and they have no ceiling. They don’t have to be a certain type or fit into a specific category. They don’t have to be politically correct, as long as they’re authentic, respectful, compassionate, and empathetic. They can explore any religion, fall in love with any race, and love who they want to love.

“I want the same things for my son. I want him to know that he can be strong and brave but that he can also be sensitive and kind. I want my son to have a high emotional IQ where he is free to be caring, truthful, and honest. It’s everything a woman wants in a man, and yet we don’t teach it to our boys. I hope to teach my son not to fall victim to what the internet says he should be or how he should love. I want to create better representations for him so he is allowed to reach his full potential as a man, and to teach him that the real magic he possesses in the world is the power to affirm his own existence.”

It’s hard to imagine that with all of her successes, Beyoncé could be aiming for even more. But her goals these days are less about world domination and more about inner peace. “I’m in a place of gratitude right now. I am accepting of who I am. I will continue to explore every inch of my soul and every part of my artistry. I want to learn more, teach more, and live in full.”

Who runs the world? Damn right, she does. 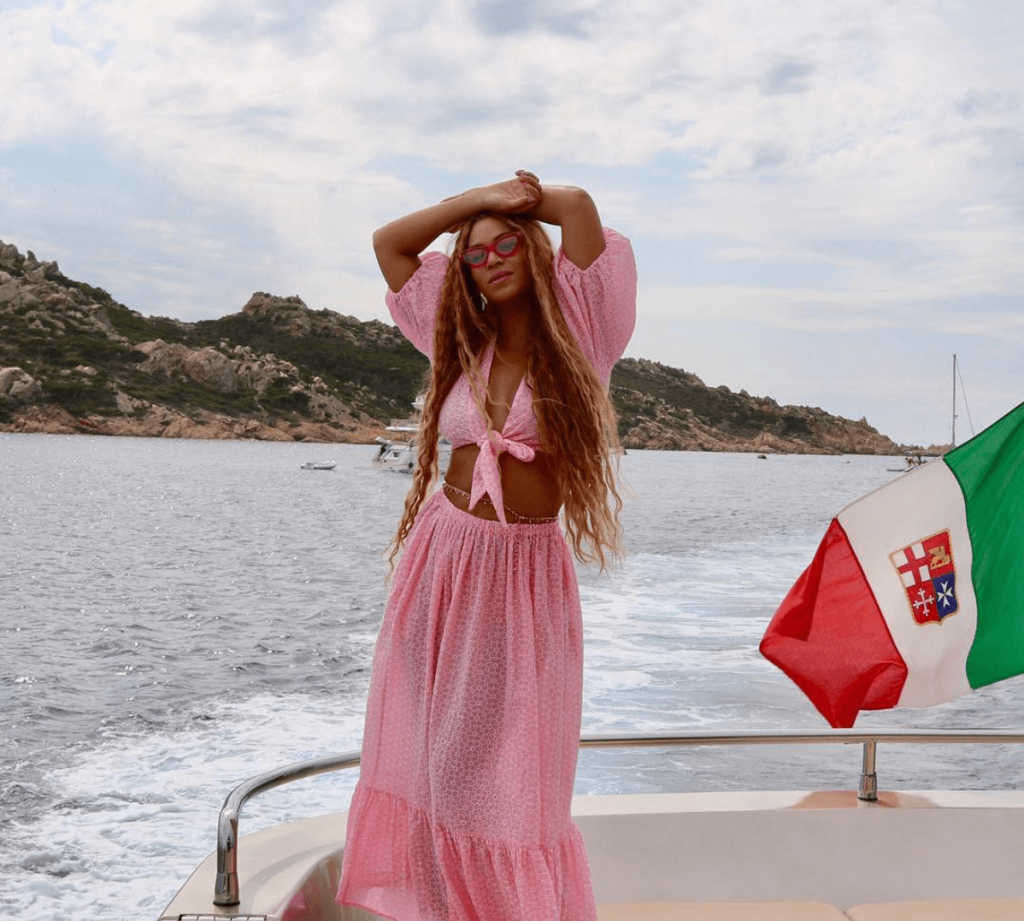