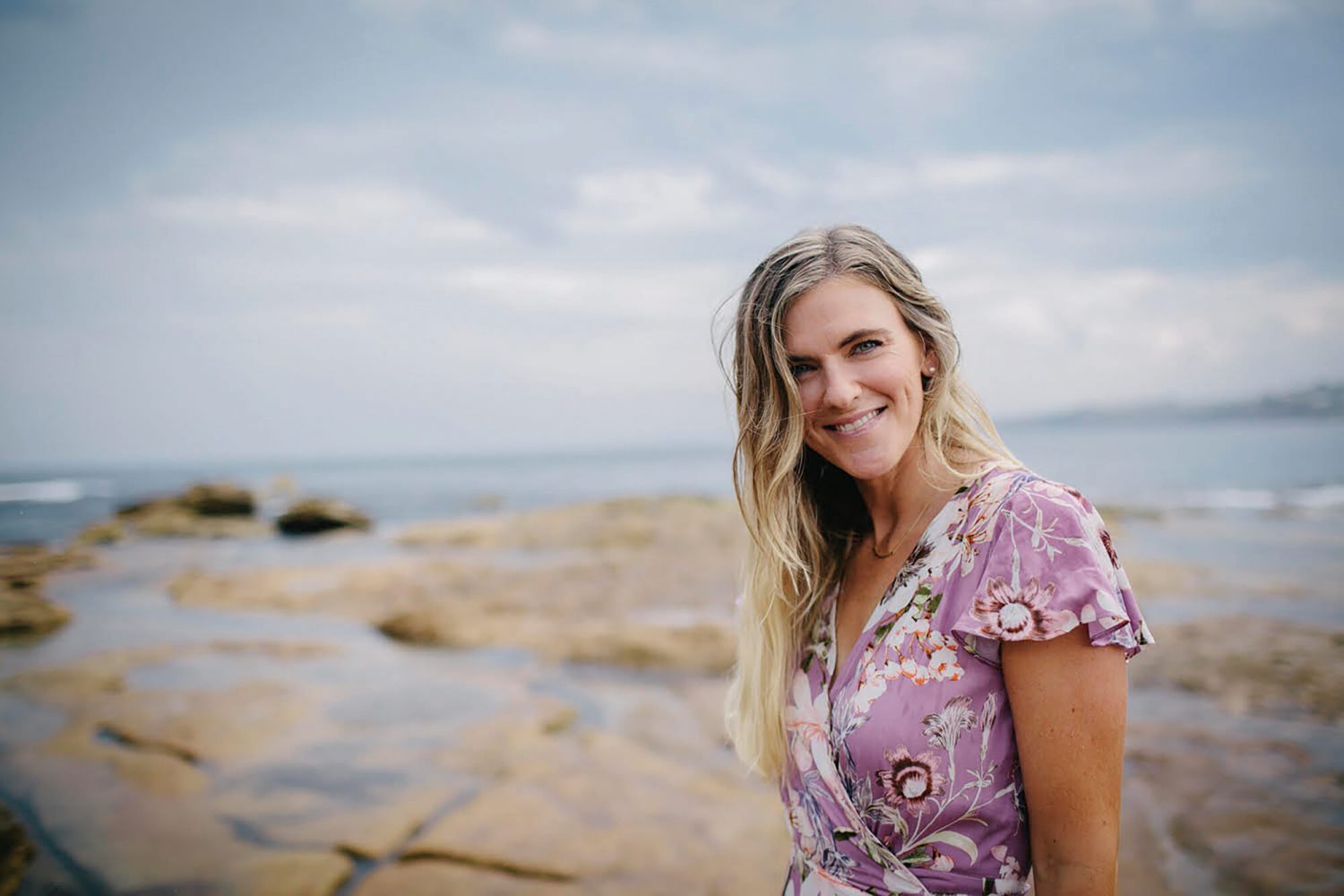 “I spent 17 years running in heels,” says Bronwyn McCahon. “I wear a lot of sneakers these days.” The former editor-in-chief of Cosmopolitan is chatting to me about her new life doing the daily school runs with her three children Harper, 8, Grace, 6, and Theo, 4.

The day before I was scheduled to interview Bronwyn, 39, we hear the announcement that after 45 years in circulation, the Australian edition of Cosmopolitan will close, with December being the final issue. The official line from the publisher was that Cosmo was no longer “sustainable” in the current media climate.

For 15 of those years, Bronwyn worked at the brand, and for 10 of them, she was at the helm. Although she stepped away in 2016, passing the baton to a new series of editors, it’s clear she still feels the loss deeply. “You think it’s never going to happen, but when it does happen it’s like, ‘Oh my god,’” she says. “I think for anyone who ever worked there, it represents such a golden moment in their lives. So it’s like a punch in the gut.” 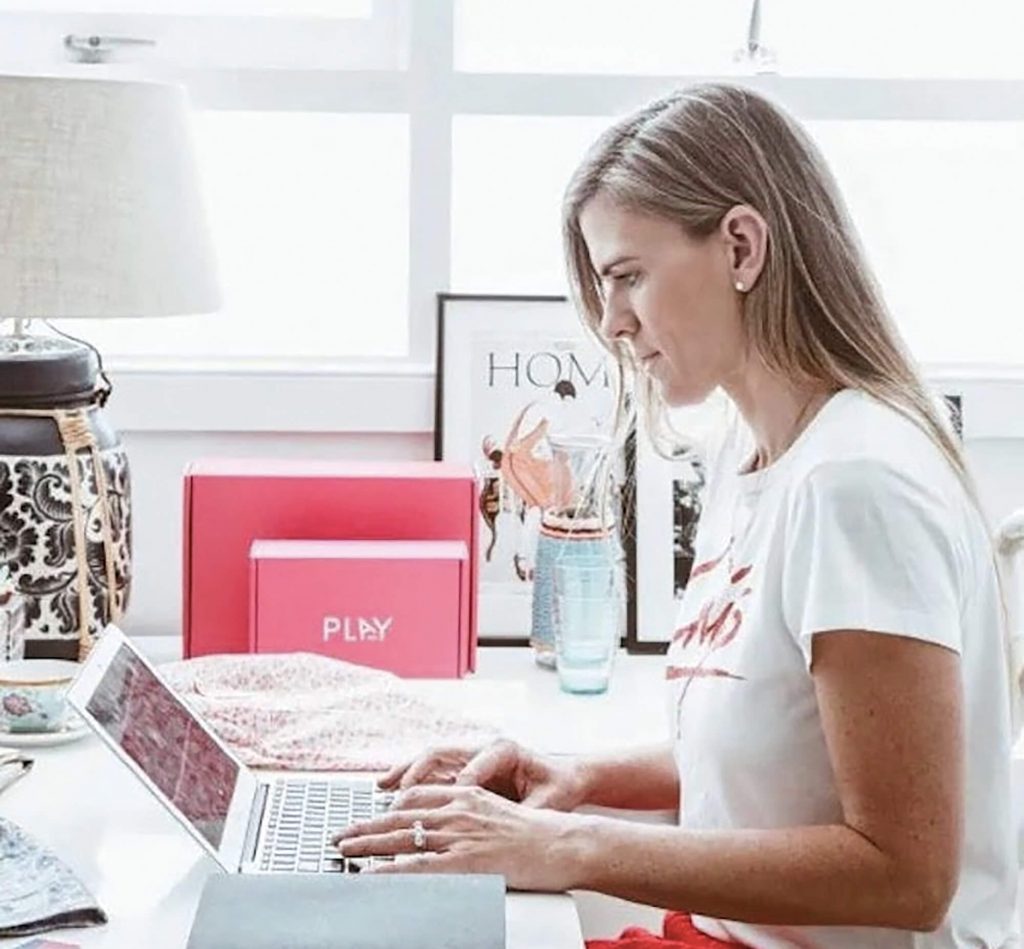 It was a world she was immersed in since the age of 20, when she arrived in Sydney as a “really naive girl” from Brisbane. Fresh out of uni, she landed an interview for a role as Mia Freedman’s PA, who was the editor of Cosmopolitan at the time. “We got on instantly,” says Bronwyn. “She employed me straight away after the interview.” It was also a place where she made fast friends with other media alum such as one-time Cosmo beauty editor, now author and skincare-brand founder Zoe Foster Blake (“we instantly zinged”), former Elle editor-in-chief Justine Cullen and Vogue fashion director (as well as one-time style consultant to Kanye West and stylist to Kim Kardashian) Christine Centenera.

Throughout her twenties Bronwyn remained with the brand in various roles (“apart from a brief stint where I relived my teenage angst editing Dolly”) until she became editor of Cosmo at age 27.

Her personal life was taking off at the same time, getting engaged and married to her now-husband, Phil. But when it came time to have babies, things didn’t go quite to her timeline. “You think it’s your god-given right as a woman to fall pregnant as soon as you start trying,” she says. “But it didn’t happen for six months. Then it did happen and I had a miscarriage. As anyone who’s gone through that knows, a little bit of the magic of falling pregnant dies. It’s like, ‘Oh my god, am I going to be the woman who watches everyone around me fall pregnant, and I can’t?’ And the more you want it, the more desperate you get. You put so much pressure on yourself. Sex becomes less enjoyable and more like a laborious job because you’re like, ‘We’ve got to do it now even though I’ve got to go to this event, so quick, quick, quick.’” 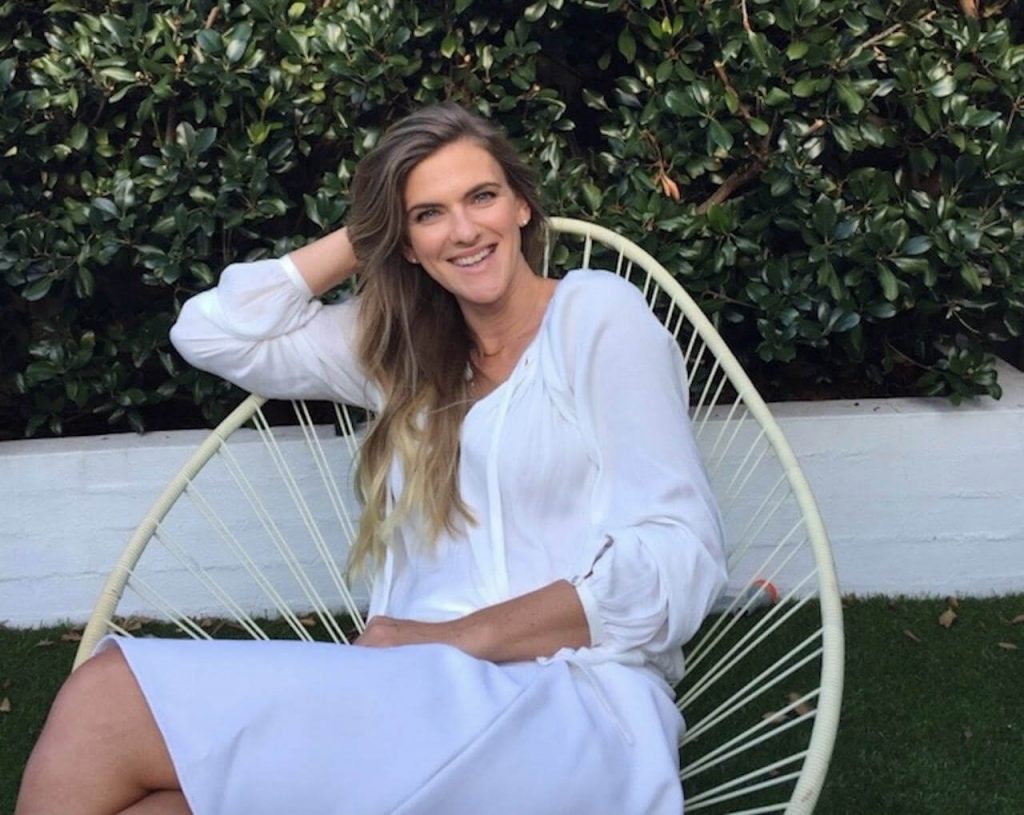 After another four months of trying, they decided to try IVF. “The cycle before our first appointment for IVF, I found out I was pregnant,” she says. “Maybe it was because I just went, ‘You know what, relax, we’re going to do IVF.’ And my body relaxed and I fell pregnant.”

Soon after, she was scheduled to go to India for an international Cosmo conference. “I was thinking, oh my god, I don’t really want to go to a country where I run the risk of eating something and getting a tummy bug, but off I go…” she says. “While I was there, I started to have a bit of a bleed.”
Meanwhile, all of the other editors had been raving about this “amazing Indian healing man” who had been fixing whatever ailments they had.
“I went to him and said, ‘Look, you know, I’m pregnant and just had a bleed and I’m scared I’m having another miscarriage,’” she says. “He gave me this little purple stone and said, ‘Keep this on the left side of your body. It will help you heal and protect this pregnancy.’”

Desperate, she taped the stone to her body and flew back to Australia where she immediately booked an appointment to see her doctor.
“Everything was fine with the pregnancy and the bleeding had stopped,” she says. “Whether it was the healing, or I’d just had some implantation bleeding, in my head I was like: that magic stone was the reason. So I kept that stone taped or band-aided to my arm for nine months. Every couple of days I’d move it when my skin would get a bit manky, but for nine months I kept that thing on my body.” The rest of the pregnancy passed without any problems and Bronwyn gave birth to a healthy baby girl, Harper, who now has the purple stone sitting in her bedroom in their family home in Bondi.

After 10 months of maternity leave, Bronwyn returned to work, but wasn’t back for long. “The other pregnancies happened really quickly,” she says. “It was almost like muscle memory. I fell straight away with Grace and then again with Theo. The kids are only 18 months apart, which was hectic when they were young but now as they’re getting older it’s quite a good age gap.” 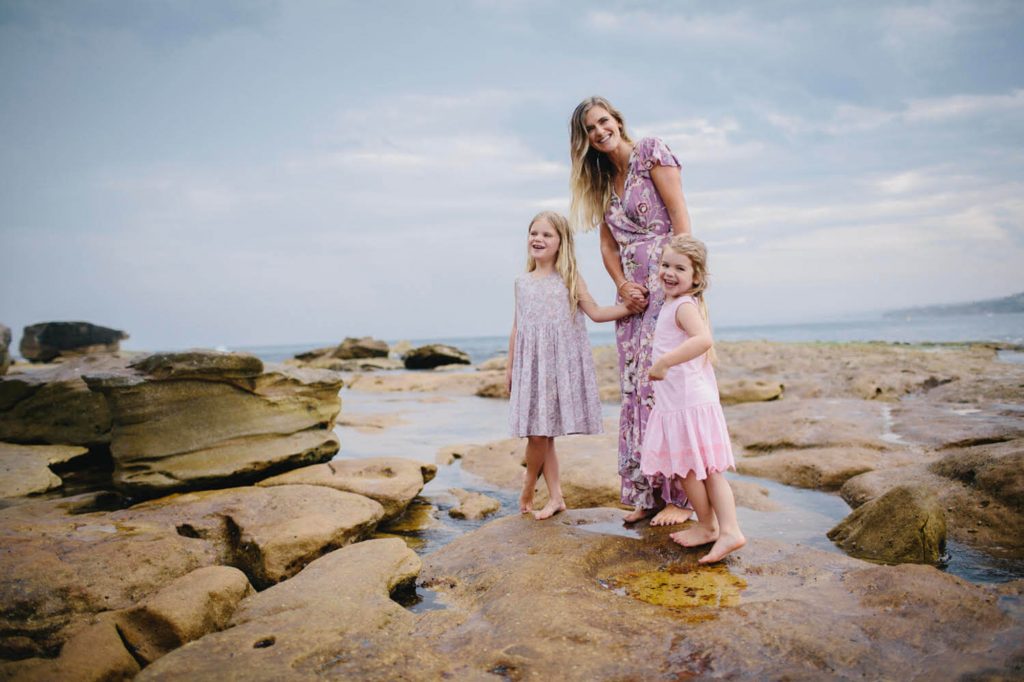 In her final year as Cosmo’s editor, Bronwyn had a growing feeling that it was time to move on. “I felt bored. I wasn’t learning anything. As much as I loved my team, it got to the point where I almost felt like I was doing a disservice to the amazing brand because I was sitting in features meetings thinking, ‘Been there, done that.’ There was hardly a story I hadn’t heard or written about myself over that time. I fell out of love a little bit.”
In addition to that, her kids were growing older, and becoming less physically demanding and more emotionally.

“I used to get home at 6pm having worked all day and I’d be so excited to see them. But because they hadn’t seen me all day, they’d burst into all this crazy behaviour,” she says. “They’d be bouncing off the walls and I’d be yelling at them, or Harper would be asking me questions and I’d be like, ‘Come on darling, it’s past your bedtime,’ because I knew I had to get back on my laptop.”

After 10 years, Bronwyn left the famous Park St building where she’d worked for 17 years. “I left going, I know I want to do something else, but I’m not sure what. I had lots of chats about amazing jobs, but every time I had this kind of uneasy feeling. I realised that I didn’t want to go back to working for a big company, and this restrictive nine-to-five,” she says.

Over a coffee catch-up with her old colleague Kristiina Rose-Innes, who had also worked at Cosmo but in the advertising department, they hatched a plan to launch a kids clothing brand. “You know, as a kid, you always had that one dress you loved wearing, or that favourite terry-towelling jumpsuit that’s in all of your photos – we wanted to create that for this generation,” she says. 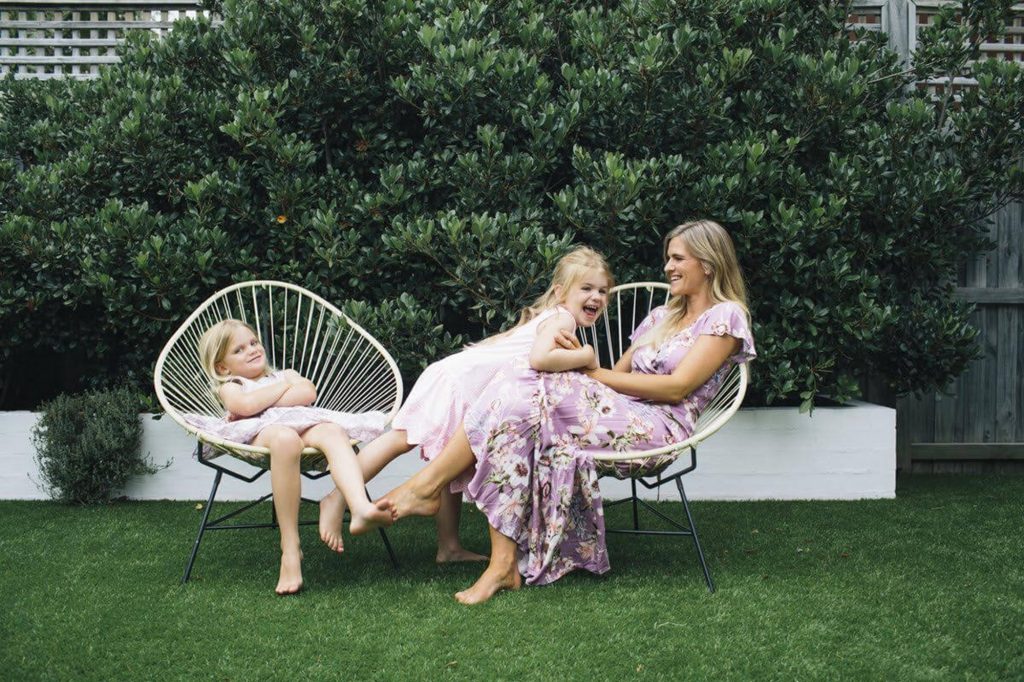 Just like that, Play Etc was born. The two founders have four daughters between them, and also felt strongly about women’s rights after working in magazines for so many years, so they decided to partner up with charity Room To Read. For every piece sold, they donate a day of education to a girl in need.

They didn’t make any major investments upfront, and rather, just chipped in money as they went along. “We just kind of muddled our way through in many ways, and fortunately got it to a point really quickly where it was a self-funded business.”

They have a lot of talented friends in the industry they called on for advice, but had plenty of stuff-ups along the way. Initially, they went with a “sexy” web host, but found it couldn’t handle the traffic they needed it to. “When we launched, the site crashed. We were down for the first two days and missed all these sales,” she says. They also mistakenly paid for air freight instead of sea freight to get their stock from their manufacturers in the beginning. “It’s the difference of thousands of dollars,” she says – saying that, luckily, they can laugh about it now.

The pair meet in an office at Kristiina’s house three days a week and “go hell for leather” from 9.30am to 2.30pm, allowing the mums the time to do the school drop-off and pick-up. They’ve already secured distribution with major eCommerce players like The Iconic, and have plans for more wholesale deals.

When I ask Bronwyn if she’d ever go back to a media role, she says “never say never”, but the flexible life of a start-up is a major drawcard for now. “Now, because I’m around more, I feel like the kids are calmer,” she says. “It’s not this constant competition for my attention anymore. Touch wood, everything’s in a really good place.” 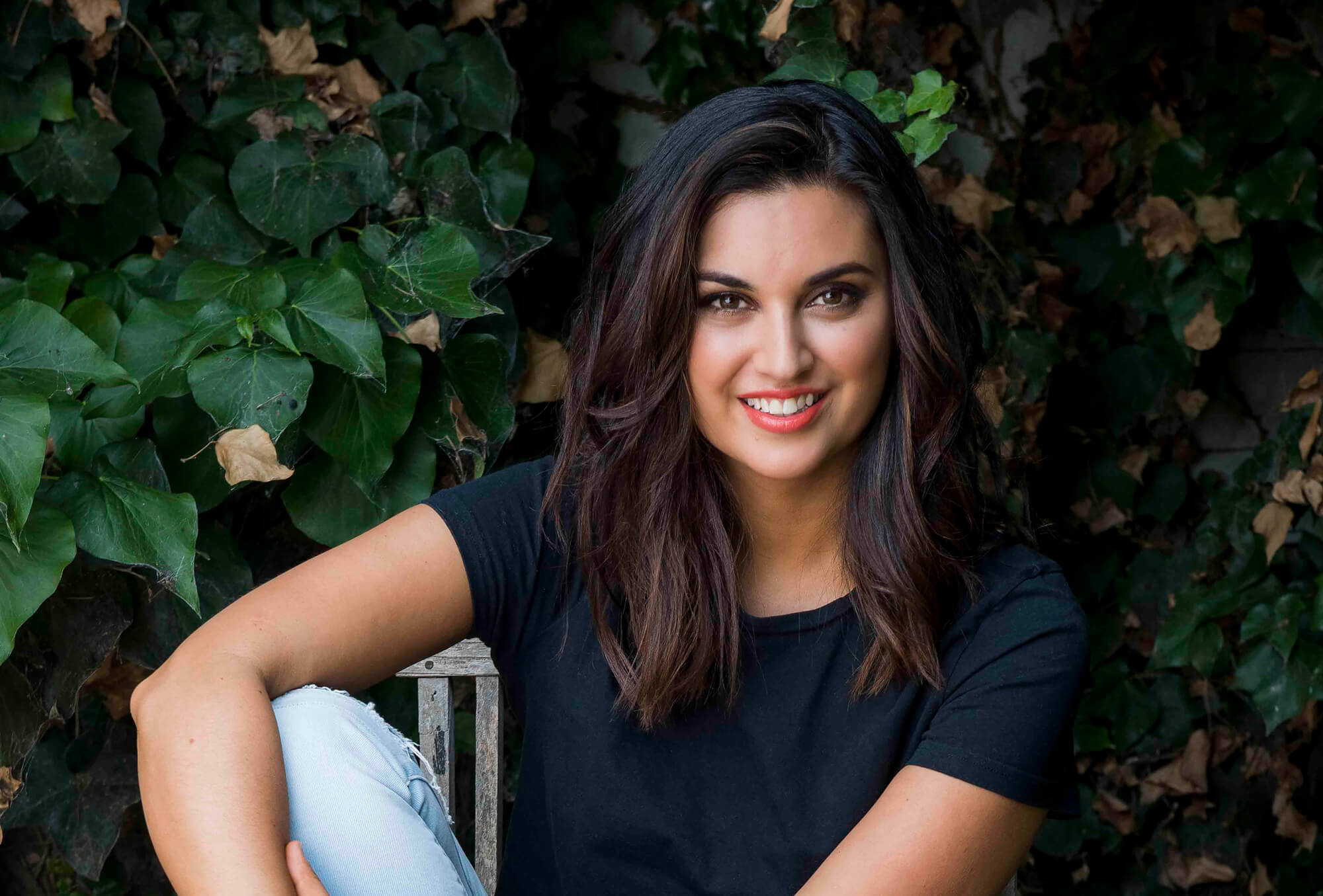 The Badass Journey of Mama Disrupt® How to Style Your #Bossmama Space
SHARE ON SOCIALS