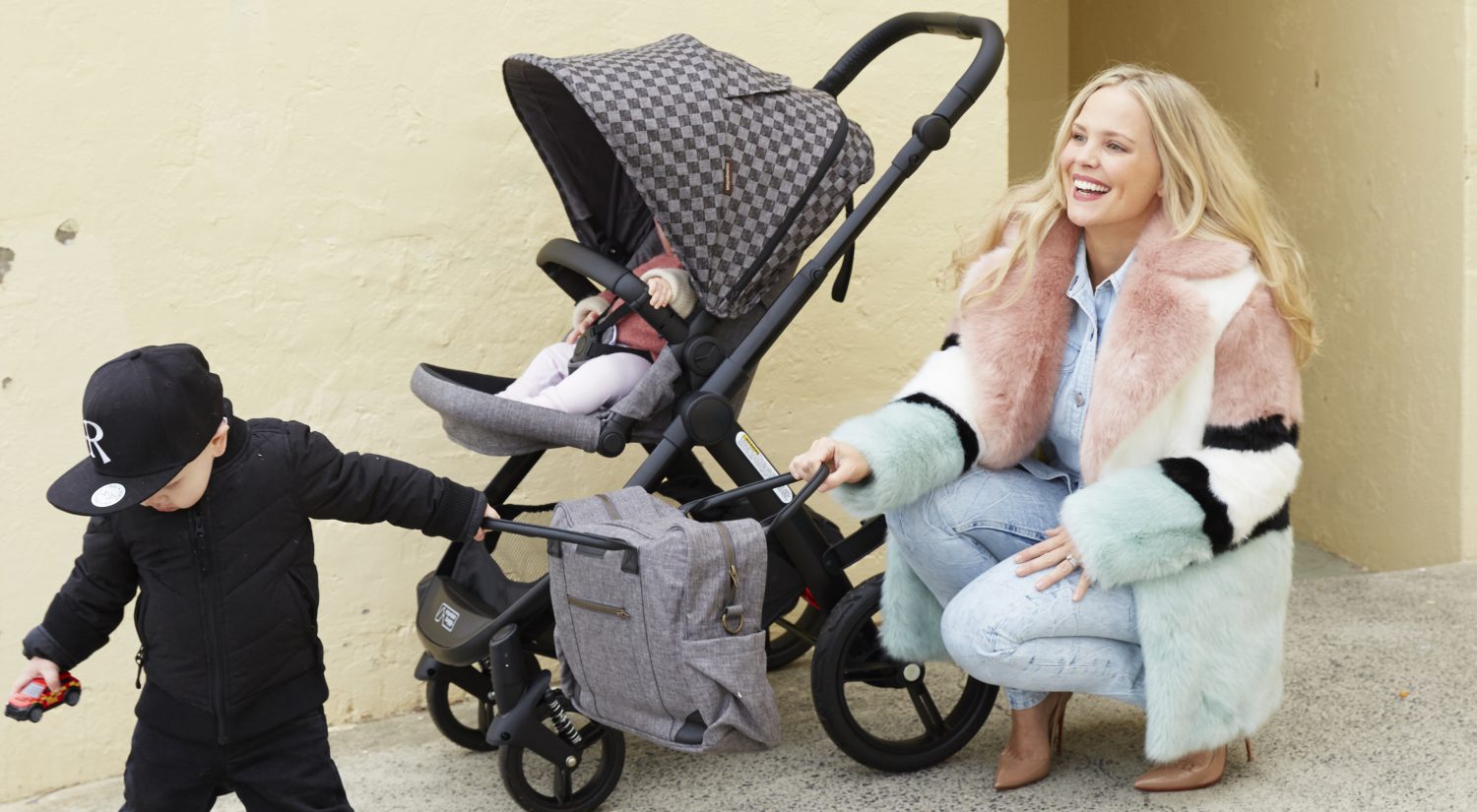 What do you get when you team two of the Instagram’s most popular MAMA INFLUENCERS with two of the COOLEST PRAMS on the market?

Prepared for blatant honesty, humour and the real demands of motherhood, Mountain Buggy stepped up to put two of their new luxury prams to the test – the mama influencer test, that is.

If you like a big dose of hilarious honesty in your social media feed, Rachelle needs to be on your radar. Let’s be frank here: you don’t get yourself 30,000 followers by accident. 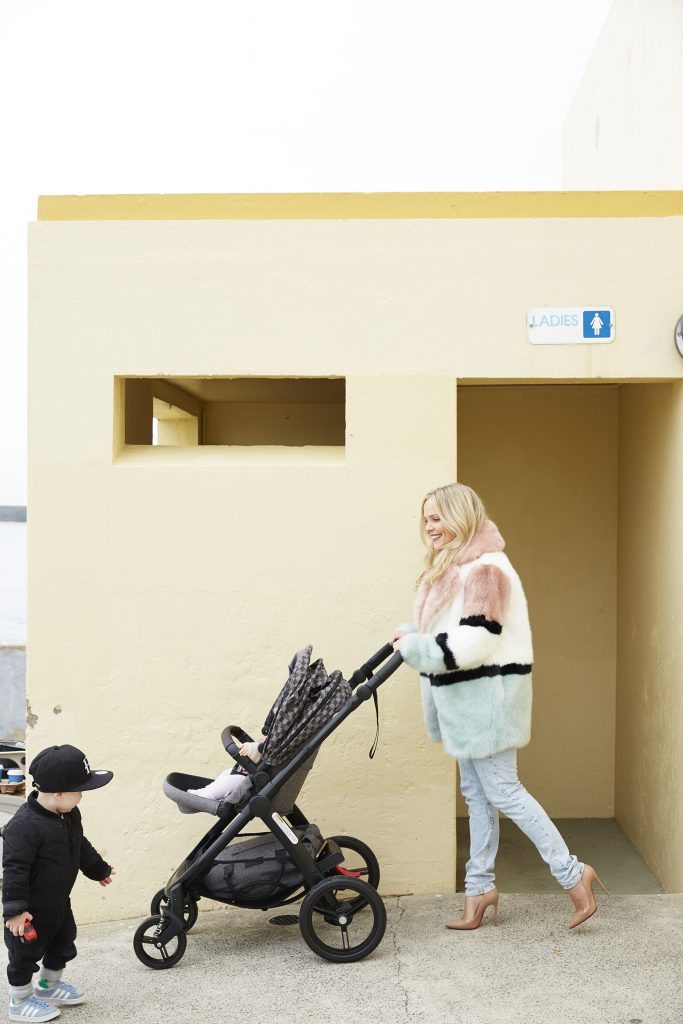 Waxing lyrical about mamahood to two-year-old son Roman and five-month-old daughter Rumer, Rachelle has a way of turning even potentially disastrous situations – such as forgetting to do “the poo check” before pulling off a nappy and consequently getting more acquainted with a “fresh kalamata olive and sweet potato steamer” than one would like – into side-splitting comedy. Cue thousands of mamas nodding their heads in unison because A) we’ve all been there, and B) we thought we were the only ones until Rachelle had the audacity to say it out loud.

Combine Rachelle’s blatantly honest take on mamahood with her enviable wardrobe, and you’ve got yourself social media gold.

“I love fashion, I always have,” the 32-year-old Sydney-sider laments. “I’ll track down the last pair of YSL sling-backs in Calabasas and organise a wire transfer to get them. It’s always been an obsession. Honestly, I could probably make an online purchase with both hands tied behind my back, underwater and blindfolded. But I love it. And I never want to lose that part of me because it’s a creative outlet and a little slice of me left in all the chaos, baby spew and sleepless nights.” You can always count on Rachelle to tell it exactly as it is: “I also want it to look half-decent because the vomit, yoghurt and milk stains aren’t overly chic.”

It made sense, then, to pair Rachelle with Mountain Buggy’s Cosmopolitan Geo Luxury pram (RRP$1,299). With little Rumer on hand to give the new wheels a whirl, Rachelle had a firm set of boxes that any pram must tick to get her approval.

“I need something that’s easy to use, and that I can get out of the car quickly before one or both kids start losing it. I need it to be comfortable and supportive with enough storage for all the things two children require. I also want it to look half-decent because the vomit, yoghurt and milk stains aren’t overly chic.”

So how did the Cosmopolitan Geo stack up? “I adored it,” Rachelle says. “Rumer was so cosy in there, and there’s great support. It was amazing ‘off road’ too. And by that, I mean over Lego pieces.”

When Margaux Follis was navigating those first few months of new mamahood, keeping active helped her to clear her mind and re-calibrate her thoughts. With both her and her boyfriend Lucas’ parents living far away in France, the former interior designer felt a little isolated in northern Victoria, learning how to be a mama to bebe Ambre, now five months old. If you want your pram to work with you when you’re out and about and keeping active like Margaux Follis, then you need a pram that’s is easy to manoeuvre on many terrains.

The moment her doctor gave her the all-clear to exercise, Margaux jumped at the chance. “I started to exercise a bit at home, and then when Ambre had a bit more of a routine, I started to bring her with me to the gym. Those two hours every morning are my ‘me’ time. I’m so glad to be able to do that, not only because working out is my passion, but I feel so good after a session, and I really wanted to feel like my old self again.”

With that in mind, the sporty three-wheel Urban Jungle Luxury Edition (RRP$899) from Mountain Buggy seemed a perfect match for Margaux, who likes to fit in a hike in addition to her gym visits. “I also like to take our dog for walks with us, so any pram needs to be easy to use with one hand! And I need it to be easy to fold and unfold,” the 28-year-old says. 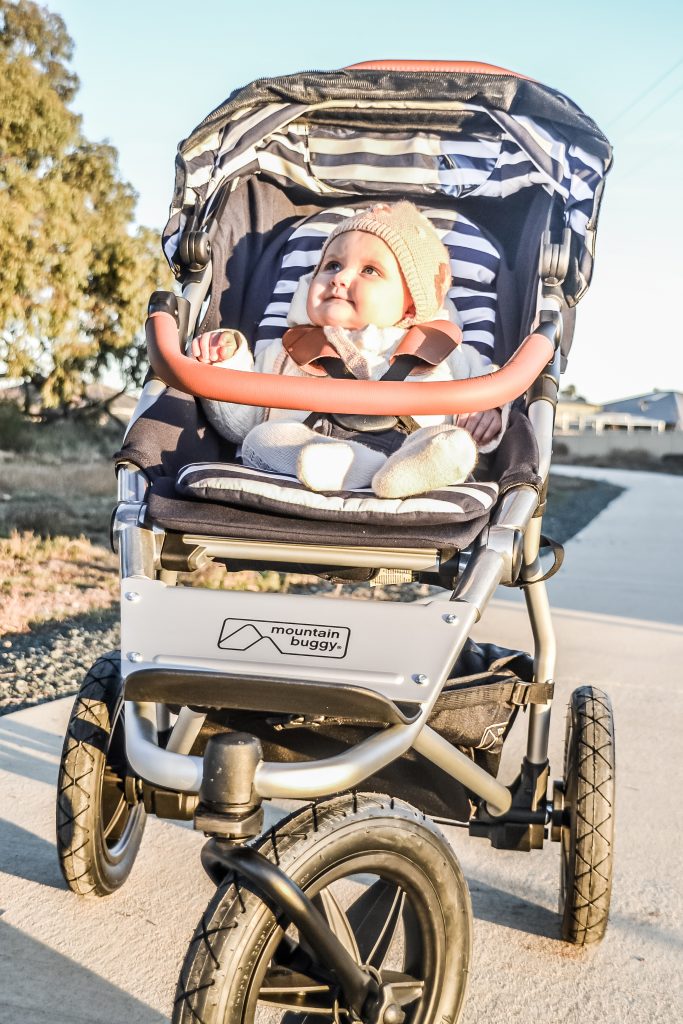 What little cutie! Ambre looks quite comfy and content.

And the mama’s verdict on the Urban Jungle? “It’s so easy to use, over all kinds of terrain. The brake system is amazing, and there is so much space in the gear tray as well as in the pockets at the front. I really love the parenting bag, which easily carries extra diapers, wipes, clothes, bottles, formula, and comes with a changing mat, which is perfect for changing Ambre, wherever we happen to be.”

It will likely come in handy, too, when Margaux takes baby Ambre on her first plane ride later this year – for a holiday to France to see her excited family.

You might also like: 7 herbal teas to help promote winter wellness, 5 inspiring mamas to help you kickstart the week, and We’re throwing in the 9-to-5 for life on the road with a 1-year-old. 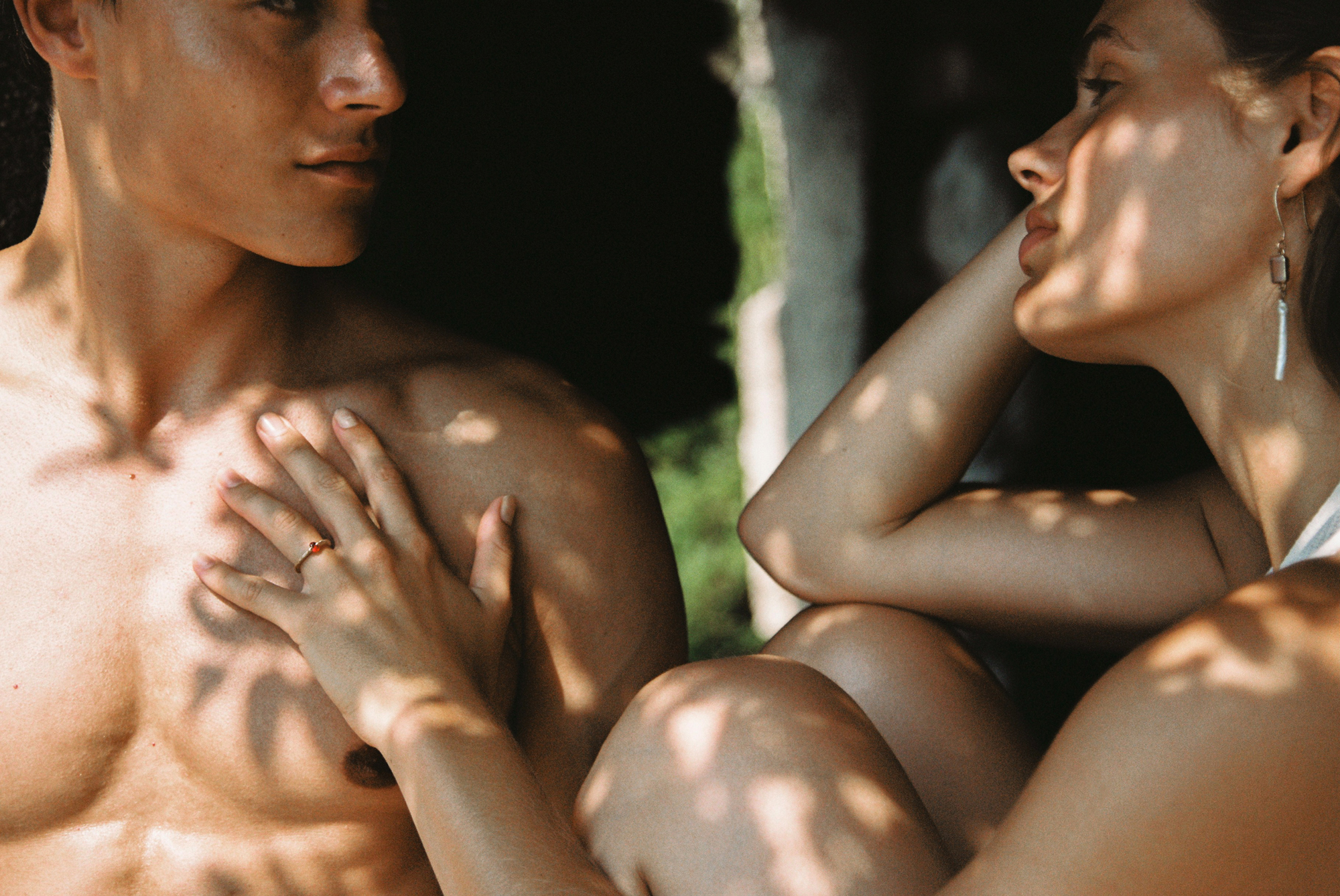 4 Reasons Why We Love Ribs & Dust 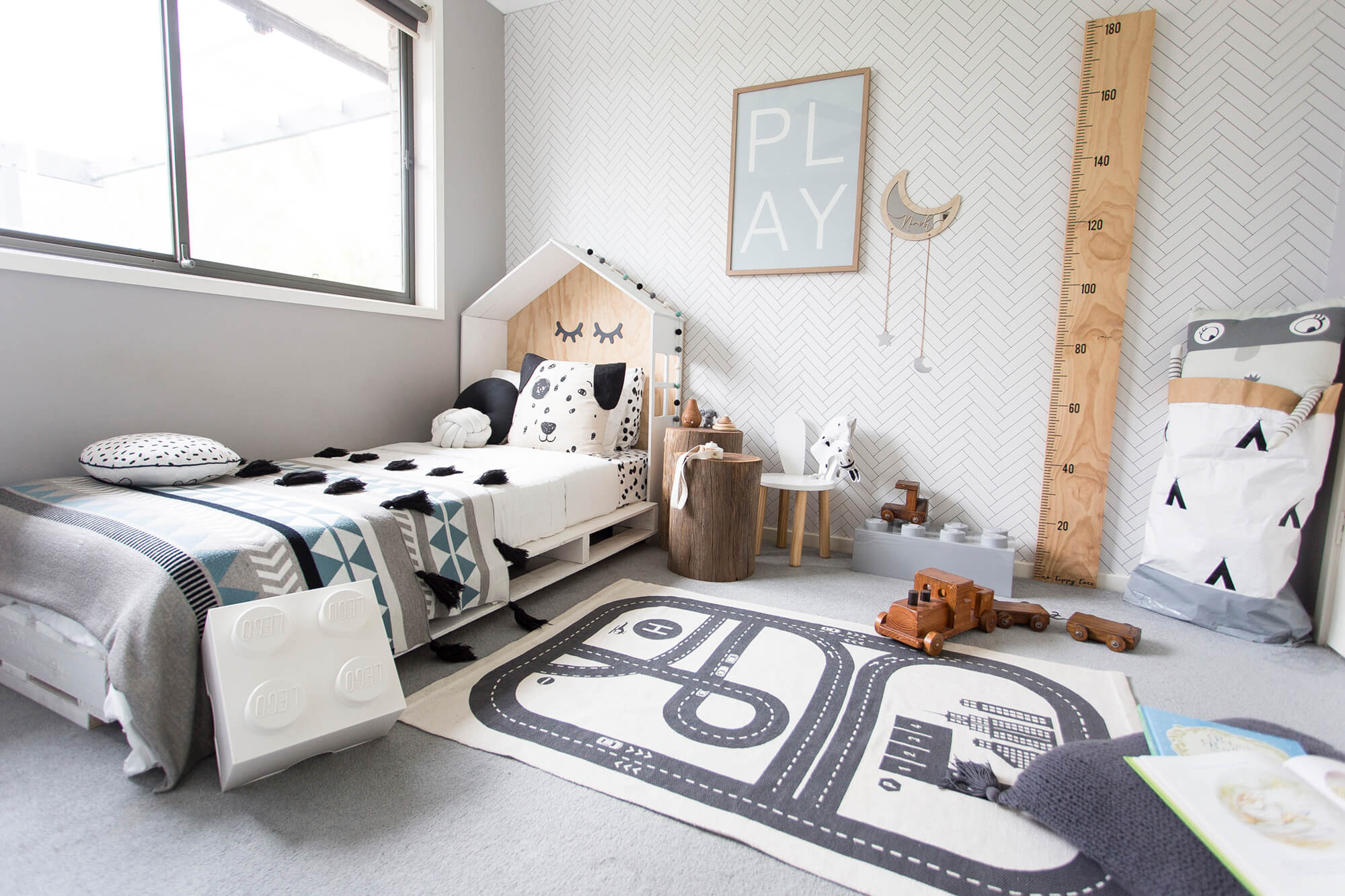 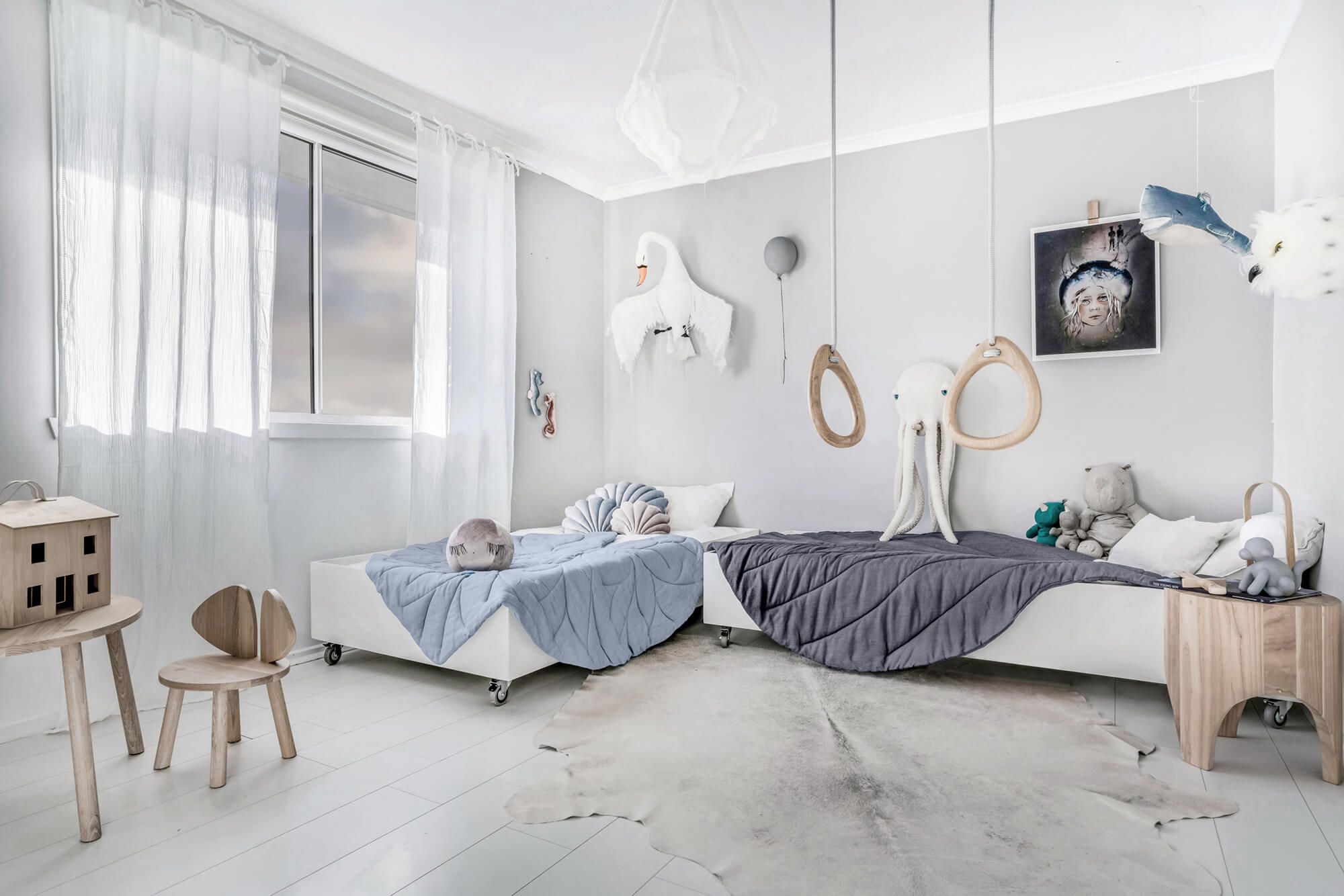 How to Create a Chill Vibe in Your Kids’ Bedroom